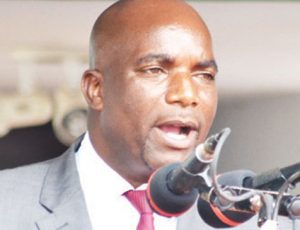 Department of Disaster Management Affairs (Dodma) says the death toll from floods and heavy rains has risen from 28 to 30 while 377 people are nursing injuries.

Dodma released the update on its official Facebook page Monday.

“As of Sunday, 10th March 2019, the Department of Disaster Management Affairs has recorded 30 deaths and 377 injuries,” reads the post in part.

Dodma says, out of the affected 93,730 households, 6,341 households have been displaced and most of them are living in designated camps.

Dodma says they are assessing the extent of the damage in the affected districts.

Meanwhile, Civic Education Minister, Everton Chimulirenji, who is also President Peter Mutharika’s running mate for the Democratic Progressive Party in the May 21 Tripartite Elections, visited some of the affected families in Zomba on Sunday.

He said the government was concerned with the tragedy.

“It is part of the Malawian culture that when someone is bereaved, or faces such misfortunes, we reach out to them. As the government, we are concerned with the tragic losses of lives and property and that is why Professor [Peter] Mutharika has told me to come and visit the affected families. This is purely a natural disaster and nobody should bring politics into this,” he said.

The South African government has sent a team and relief items to help Malawi deal with disaster which has hit Chikwawa District the hardest.