Bishop for Karonga Diocese of the Catholic Church Martin Mtumbuka has said the church is disappointed and concerned with the way many Malawians are suffering because they do not have food and has since called on government which claims to have maize to make it available to the people.

But Minister of Finance and Economic Planning Goodall Gondwe said there is maize in the country as 44 trucks arrived in Malawi with maize on Thursday and were welcomed by the Agricultural Development Marketing Corporation (Admarc). He also said Treasury has mandated Admarc to procure maize from Tanzania.

The hunger situation has since forced the bishop to suspend all major church contributions made by Christians until food situation in the country normalises.

Mtumbuka was speaking on Saturday in Karonga when the diocese launched its five year strategic plan which aims to see Christians in the diocese grow with great faith that will help them preach governance in the daily lives and more importantly that the people in the diocese live vibrant lives.

Asked to provide suggestions how government should handle the situation, Mtumbuka said doing so would be assuming the roles of people who get paid every month by government.

“I think that government of Malawi pays people who have solutions to that. So, I do not want to be doing their job by suggesting what they should be doing. All I would like to stress is we were told there is maize, let the maize be made available to the people. And we would also want to say may be the best way is also to stop blaming each other. I don’t want to enter into blame game but the key issue is that people should have the maize,” he said.

“We have suspended all major activities of contributions from Christians until further notice,” said Mtumbuka adding that the suspension may be reviewed at the end of March.

Talking about the strategic plan, he said one of the issues is to address food insecurity by growing a variety of crops and also crops that can cope with shortage of water.

He also said he wanted to see the diocese with people that grow with maturity in faith which will be demonstrated through their lives by promoting transparency and good governance wherever they go.

In the next five years, the diocese plans to address various social ills which include high levels of poverty; high illiteracy levels among adults; inadequate access to quality education; food insecurity and malnutrition; limited understanding of human rights; rampant population growth; abusive and irresponsive extractive industry and high prevalence of violent conflicts over land and chieftainships among others.

“All these social-economic strategic issues will be addressed under interventions of the Caritas Commission. In the next five years, the Diocese of Karonga within the framework of Caritas Commission will work towards improving the living standards and well-being of the concerned communities. Key interventions in this section will be in Education, Health, Justice and Peace and sustainable livelihood (Development),” reads the strategic plan in part which was also read out by Caritas Secretary Treezer Imaan to the congregation on Saturday at St. Mary’s Parish. 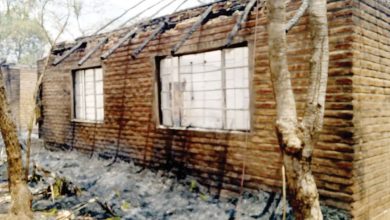 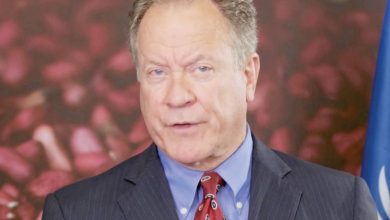