The International Monetary Fund (IMF) has said it will maintain its focus on seeing the Malawi government putting a tight lid on its debt dynamics before an agreement on the next Extended Credit Facility (ECF) programme.

IMF Resident Representative, Jack Ree, said this will help to avoid the danger of debt snowballing.

This comes as Malawi’s debt levels keep on rising, with domestic debt standing at K912.9 billion while foreign debt is at $1.9 billion.

An IMF mission team is expected in the country this week to engage various stakeholders on the next ECF programme after conclusion of the previous $156.2 million worth programme in June 2017.

According to Ree, one of focus of the previous ECF programme was to put a lid on debt dynamics.

“Our future programme will need to maintain that focus,” Ree said.

He said this is particularly important now because Malawi’s new growth and development strategy (MDGS III) calls for massive public investment, including in the energy sector.

According to Ree, despite their merits, such investments can trigger unsustainable debt dynamics if ill-managed or poorly prioritised.

IMF’s latest debt sustainability assessment continues to rate Malawi at a “moderate” risk—which means that the current level of debt is largely manageable.

Ree said this is based on historical and cross country experience.

He, however, said IMF still underscores the need for government to closely monitor its debt dynamics, given the rapid speed with which it is increasing.

Late last year, IMF and the government said Malawians should expect a new programme in the second quarter of 2018.

A solution to dirty nappies 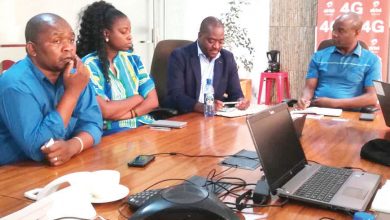