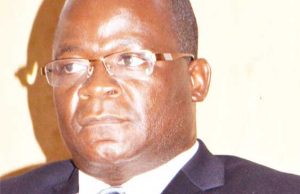 The Monetary Policy Committee (MPC) of the Reserve Bank of Malawi (RBM) Wednesday reduced the indicative cost of money, technically known as the policy rate, by 1.5 percentage points from 16 to 14.5 percent.

This is the first time in 13 months for MPC to trim the policy rate which was last revised downwards in December 2017.

This must be great news to borrowers, companies and individuals—who have been struggling in recent times to settle their loans with commercial banks—as they will now pay less money in form of interest on their loan obligations.

Traditionally, after a policy rate cut, MPC was leaving it to commercial banks to decide the level at which they could peg their base lending rates.

But briefing reporters in Blantyre Wednesday, MPC Chairperson, Dalitso Kabambe, said base lending rates of all banks will now be pegged to the Lombard Rate, which was Wednesday reduced to 14.9 percent.

The development means commercial banks will no longer compete on base lending rate levels but on how risky they perceive customers.

Analysts believe that, following the decision, commercial banks should price their loans around 19 to just above 20 percent depending on customers’ risk profile.

The LRR reduction, which saw over K8 billion freed into the market Wednesday alone, means commercial banks would now have more money to lend to the companies and individuals.

Kabambe said the decisions have been partly influenced by registered improvements in key macroeconomic fundamentals and real private sector credit growth over the past four months.

Kabambe said the central bank anticipates the MPC’s decisions to spur economic growth in 2019 and beyond.

“One can argue that this is not sufficient but we are making positive strides. We are making the right progress and this is more sustainable,” he said.

He said the slash in policy rate would give a relief to businesses which would also bring about a positive impact on the common man.

Reacting, Malawi Confederation of Chambers of Commerce and Industry Chief Executive Officer, Chancellor Kaferapanjira, said the private sector was over the moon over the developments.

He applauded RBM for not only reducing the policy rate but also slicing the Lombard rate and LRR.

“We expect commercial banks to respond immediately to these measures in order to benefit the real sector,” Kaferapanjira said.

Economics Association of Malawi President, Chikumbutso Kalilombe, said the move would spur economic growth from investments in real sector, as among others, and allow entrepreneurs and investors to venture into business with minimal macroeconomic risk considerations.

He said the country is anticipating that the situation would be sustained if its impact is to be felt.

“We cannot achieve the desired outcome at once as we have to move gradually as such ensures sustainability. Further reductions will therefore only come if macroeconomic variables stay on course,” Kalilombe said.

ATC senior economics lecturer, Sam Chiwaula, said the reduction in the cost of borrowing is likely to spur economic activities in the country.

Kachamba cautioned that, if not handled carefully, the drop in interest rates could fuel inflation.

Indigenous Businesses Association of Malawi President, Mike Mlombwa, while welcoming the reduction in the cost of borrowing, said his association was looking forward to further cuts in future.

“We are still looking forward to the day we will borrow cheaply as is the case in neighbouring countries.

“It is our hope that, once the rates get low enough, we can start borrowing for investment again and create more jobs for our youths,” Mlombwa said.