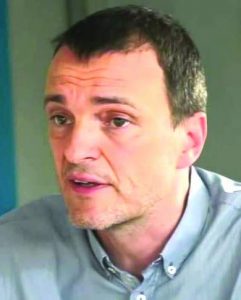 According to a press statement released Wednesday, the money will be used towards food, health, shelter, logistics, water and sanitation.

Some areas in the country—especially the Southern Region— experienced floods that were caused by heavy rains due to Cyclone Idai.

At least 15 districts were affected, rendering 868,895 people destitute. So far, 173 camps have been created to house the victims.

DfID Malawi Head of Office, David Beer, said the weather system has had a shocking impact on the region.

“The UK is absolutely committed to supporting Malawians who have been affected. The £3.4 million of funding for immediate food, shelter, health and water and sanitation needs will help Malawians deal with the immediate impact,” he said.

“Unicef’s priority is to help children and families who have lost their homes and are living in evacuation centres or with other families in their communities,” Unicef Malawi Representative Johannes Wedenig said.

“We are already distributing life-saving health, nutrition, water and sanitation supplies to camps and communities across the affected districts. The new UK aid funding will allow us to scale up our response and help even more people”.

The statement says the UK aid funding will, therefore, support WFP to provide food and cash-based assistance to 150,000 food-insecure households in most affected areas of Phalombe, Chikwawa and Nsanje districts.

It will also help procure boats that can be used in swamp conditions to reach the most remote communities and scale up the current operation.

According to Department of Disaster Management and Affairs (Dodma) and United Nations Office of the resident Coordinator, Malawi has a K22 billion deficit having raised K8 billion out of the K30 billion required for disaster response.

‘No job losses after Unima delinking’