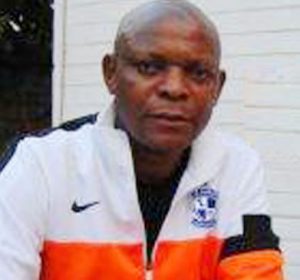 Wanderers have moved quickly to snatch the 2018 TNM Super League Midfielder of the Season who was also on the wanted list of other big clubs.

Mkonda, who was unveiled Monday at Wanderers Club House in Blantyre, said he was happy to have signed for one of the biggest clubs in Malawi.

“This is a dream come true for me and I will work hard to impress my new employers. I know Wanderers have good players and finding a place in the starting lineup will not be easy,” he said.

“We are pleased to announce that Mkonda is now our player. We are happy to have him in our camp. We believe that he will become an even greater player at Wanderers,” Butao said.

Gangata congratulated Wanderers for acquiring the services of a player he described as Masters’ heart and soul.

“What has happened is as good as committing suicide. We have almost killed our team but we had to do it because Wanderers met our conditions. Other big teams were also looking for Mkonda but it is Wanderers who met the requirements,” he said.

But Gangata had earlier asked the Nomads to pay K5 million for his captain’s services and also said the player would only be released after the first round of the new season.

Mkonda is Wanderers’ second signing after striker Babatunde Adepoju, who was also with Masters in the 2018 season.

The Lali Lubani Road club is beefing up its squad after the departure of midfielders Yamikani Chester and Joseph Kamwendo, and defender Precious Sambani.