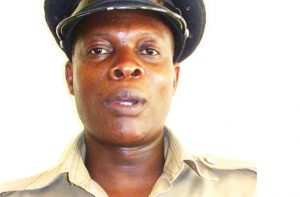 Police have confirmed the death of 12 people in two separate incidents in Chikwawa and Chiradzulu districts Thursday.

At least six people died while three sustained serious injuries when a minibus they were travelling in overturned in Chiradzulu, whereas a similar number of people were confirmed dead in Chikwawa due to floods.

Chiradzulu Police spokesperson, Yohane Tasowana, said a Toyota Hiace minibus, registration number TO 6844, was travelling from Limbe to Mulanje when the accident happened.

“The minibus was carrying business people who wanted to sell their merchandise in Mulanje,” he said.

He said the six died on the spot when the driver failed to control the vehicle, which hit the pavement before overturning at Chisambanamwali.

Tasowana said the driver, Phonex Harrison, has been arrested and is in police custody where he is likely to be charged with causing death by reckless driving.

In the separate incident, Chikwawa Police spokesperson, Foster Benjamin, said the six people died in Chikwawa due to floods, following heavy rains which have been falling in southern and central regions.

Benjamin said the deceased were swept away by flooding rivers, including Livuza and Mkhate, on Wednesday and their bodies were found yesterday.

“One of the deceased was a health surveillance assistant at Maperera Health Centre, Helles Maperera. Two of the victims were a family; wife and husband. We urge people not to cross flooding rivers until they subside. They should also vacate weak structures to avoid these deaths,” he said.

Meanwhile, Department of Climate Change and Meteorological Services has warned that severe weather conditions, being experienced in the two regions, would persist until Saturday.

Initially, the department said the severe weather conditions would clear by yesterday.

The department’s director, Jolam Nkhokwe, attributed the severe weather conditions to low pressure area in Mozambique moving over to Malawi.

“When we said that the rains would weaken on Thursday [yesterday], we didn’t know that the air mass, which was in Mozambique and triggering the rains here in Malawi, would actually come here to Malawi. As we speak, that air mass has come over and we expect the rains to continue up to Saturday when the air mass will be heading back to Mozambique,” he said.

Nkhokwe said the rains could cause floods, including flash floods, in prone areas and destroy property and endanger life.