The 32nd edition of the French Schools Drama competition kicks off on November 23 2019 with 19 schools set to contest.

Coordinator of the competition, Poya Chapweteka, said yesterday they were happy that more schools have confirmed participation this year.

“Last year, we had 14 schools and so it is good that this year we have added five more. We are looking forward to the best once again this year,” Chapweteka, who is also Director of French Studies at Jacaranda Cultural Centre and Maison de la France, he said.

According to Chapweteka, the event starts with the regional finals to be held at Mzuzu University in the Northen Region. The schools participating in the Northern Region are Euthini Girls, Katoto and Kaseghe Girls.

In the Southern Region, the event will take place at Jacaranda School for Orphans in Blantyre. The schools participating are Jacaranda, Joyce Banda, Lunzu, Malosa, Njamba, St Patricks and Zomba Catholic.

“Two schools from each of the three regions will qualify for the national finals scheduled for the 14th March 2020 in Blantyre,” Chapweteka said.

He said the consolation prizes for the contest will be given out during the regional finals.

“I should also say it here that Euthini, Good Shepherd International, Kasungu and Njamba Secondary Schools will be taking part for the first time in the competition,” Chapweteka said.

He said in addition to promoting arts and culture and the French language, the competition seeks to play an important role in the education of youths.

“The theme should motivate learners to document themselves on the subject before coming up with their play. We trust that the learners will eventually be more concerned about climate change adaptation and mitigation,” he said.

The French Drama competition is an annual event organised by Jacaranda Foundation with support from the French Embassy.

“The competition continues to motivate learners to pursue French. Apart from being an official language of 29 countries, French is spoken by over 275 million people across the world,” he said.

Jacaranda School for Orphans are the defending champions having won the championship back to back.

French Ambassador to Malawi and Zimbabwe, Richard Boidin, said during the final of the 31st edition that the best actor and actress this year will fly to France. 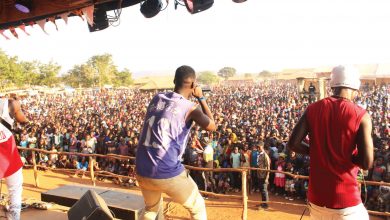