The Philippines evacuated 200,000 people in coastal and mountainous areas amid fears of flooding and landslides, and closed the country’s main international airport, as a powerful typhoon hit the Southeast Asian nation.

The strengthening storm is locally referred to as Typhoon Tisoy.

The Philippine disaster agency said 200,000 people had been evacuated from dozens of provinces in southern Luzon as authorities raised the cyclone warning level for 35 provinces and told people in areas in the path of the Category-4- equivalent typhoon to be on alert for possible landslides, storm surges and floods triggered by heavy winds and rain.

The typhoon passed near the capital, Manila, around lunchtime yesterday, and officials said the city’s Ninoy Aquino International Airport would be closed from 11am to 11pm local time.

Dozens of flights were cancelled or diverted and schools in affected provinces were closed.—Al Jazeera 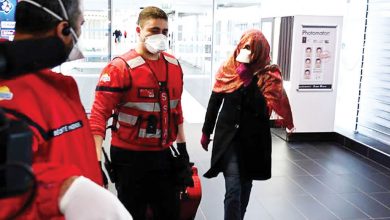