Police in Lilongwe on Wednesday night arrested three suspects in connection with the death of Kottana Maria Chidyaonga.

She was initially reported to have died as a result of a snake bite on January 3 in the Capital City.

The arrest follows a report that pathologist Charles Dzamalala released on 13 January 2020, indicating that Kottana died as a result of acute poisoning with termik, which he said is an unnatural cause of death.

“This death was from unnatural causes. It was due to generalised haemolysis following acute poisoning with a pesticide called Termik, an organophosphate compound that is found in many hardware/flea market shops in the country.

“Based on the circumstances surrounding this death, this incident of acute poisoning is mostly probably due a homicidal act rather than suicidal or accidental act. The story of the snakebite lacks scientific evidence and is, therefore, best ignored as a typical snakebite wound is visibly fresh,” the report reads.

“We have arrested the three and they are at Lilongwe Police Station. The three are to be charged with murder. At first when we received the report, we did not do anything because we were waiting for the autopsy report and now we are still investigating the matter,” he said.

On the fateful day, the late Kottana was picked up at her workplace by her friend Bhangwanji and spent time at her home (Diana’s home) before going to the boyfriend’s house in Area 3 where it was reported that the snake allegedly bit her.

According to Dzamalala’s autopsy findings, there was no indication of a snake bite on the late Kottana’s remains.

The issue has attracted a lot of debate on social media. 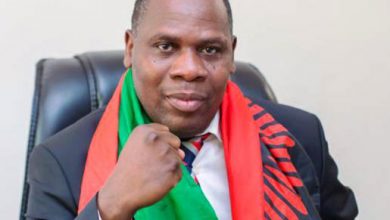