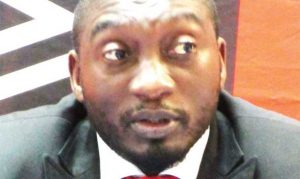 Three more Flames players have been ruled out of the African Nations Championship match against eSwatini at Kamuzu Stadium in Blantyre on Saturday.

Flames caretaker Coach, Meke Mwase, said he had replacements for the injured players. Cholopi, Phiri and Manyozo featured in the first leg which ended goalless in eSwatini.

“We have quite a number of good players that can replace those who are injured,” Mwase said.

Malawi needs only any win to qualify for the second round of the competition which is reserved for home-based players. eSwatini need any scoring draw to sail through.

“We have received communication from eSwatini Football Association that their delegation will arrive after 5pm through Chileka International Airport. This means they will miss their training session due to their late arrival,” Gunda said.