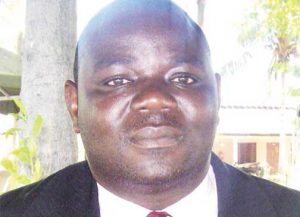 The government has said the health sector has received a boost after recruiting 3,106 health personnel in the 2018/19 financial year.

Ministry of Health and Population and Ministry of Local Government and Rural Development say the recruitment of the workers demonstrates the government’s commitment to improving healthcare service delivery in the country.

A statement which Secretary for Health Dan Namarika and his Local Government counterpart Charles Kalemba have signed says 1,924 are nursing cadres from grade HL/M10 to HF/M4 while 1,182 are clinical and other healthcare workers.

“[The] government has further included in the 2019/2020 budget more funds for the recruitment of healthcare workers to ensure the employment of fresh graduates who are yet to be offered jobs,” the statement reads.

Among the group, 1,295 workers have been deployed to central hospitals, 1,194 to district councils and 747 to Christian Health Association of Malawi facilities.

Meanwhile, Malawi Health Equity Network (Mhen) has commended the government for the initiative, saying the current budget had a provision for the recruitment of 1,000 workers.

Mhen Executive Director, George Jobe, Sunday said it was the wish of the network to have every trained health worker employed so as to reduce the high vacancy rate in the health sector.

“We have a lot of vacancies in the sector and we know the health workers at the moment are overworking, which is making them to commit some mistakes. So, we wish everyone could be recruited. We know that, even if everyone was recruited, the number would still not fill the current vacancy rate,” he said.

Recently, National Organisation for Nurses and Midwives said the number of recruited nurses remains lower as compared to human resources needed in the sector.