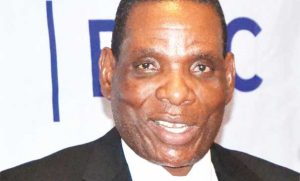 The government has embarked on a once-off relief maize distribution exercise to over 400,000 households, until the Malawi Vulnerability Assessment Committee (Mvac) report comes out.

“This is just a once-off exercise while we are waiting for the Mvac report but the exercise will continue until March when people shall have harvested their crops,” he said.

However, in the absence of the Mvac report, the country does not have a clear picture of how many people are food-insecure.

Mwanamvekha said the report is ready and would be unveiled soon.

“We were waiting for the report to be endorsed by Mvac which includes the Ministry of Agriculture and Ministry of Economic Planning among others,” he said.

Commenting on the donation, one of the beneficiaries, Veronica Clement of Group Village Headman Kaphikamtama, said she was struggling to fend for her family as hunger is a serious problem in her area.

“I do not have enough food for my family and this bag of maize will help me a lot,” she said.

During the launch, 850 bags of maize were distributed.