Non-governmental organisations (NGOs) working in the agriculture sector have expressed concern over the proliferation of fake seeds in the country.

At a media engagement on Monday organised in collaboration with Media Institute of Southern Africa (Misa) Malawi, Traction Team Leader, Steve Morris, revealed that 60 percent of seed in Malawi is fake.

Traction and its coalition members, including Civil Society Agriculture Network (Cisanet) and Farmers Union of Malawi, are lobbying for the enactment of the Seed Bill. Morris said the bill, which is yet to be taken to Parliament, offers hope to farmers.

“The farmers need members of Parliament to act on their behalf. When that Seed Bill comes up for debate, it needs to be passed, it needs to be made into legislation so that appropriate penalties can be brought against those selling fake seed,” he said.

Cisanet Programmes Manager Thokozani Guta said the 1996 Seed Act is outdated. He said most of the penalties are lenient and non-prohibitive against several offences.

However, Guta said some of the fines in the 2019 Seed Bill reach as high as K50 million.

The bill, in general, provides for the regulation and control of production, processing, sale, importation, exportation and testing of seed in line with regional and global requirements, including provision for stiff and deterrent penalties. 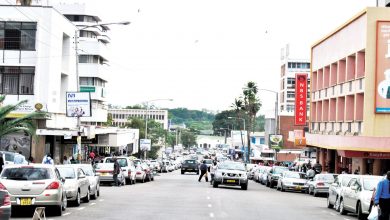