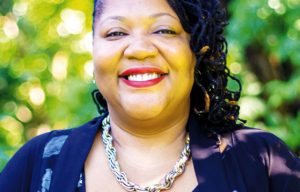 About 80 acts are expected to perform at this year’s Lake of Stars Festival to be held at Kabumba Hotel in Salima from September 28 to 30 2018.

The festival is, this year, celebrating its 15th anniversary.

Lake of Stars Festival spokesperson, Zilanie Gondwe, said Thursday they have an exciting lineup of artists from Malawi and other parts of the world.

“It feels great to have 80 acts this year. We are staying true to Lake of Star’s passion for emerging artists, Malawi’s finest, global headliners and rich diversity of arts genres. There is just so much to offer,” Gondwe said.

Meanwhile, Gondwe has called on people to purchase tickets in advance.

“There is usually a rush for tickets during the last 10 days but we call upon people to buy advance tickets. We don’t expect to have tickets available at the gate,” she said.

Gondwe said, being the 15th anniversary, the final night is on the last day when Major Lazer will perform.

The festival is also set to hold a free community festival on September 27.

Professor Rubadiri to be laid to rest Saturday

Listening, trying, winning: how a radio agenda is changing mindsets