State House has said President Lazarus Chakwera will have an entourage of nine individuals, who will accompany him in person on his trip to the United Kingdom (UK) to attend the Global Education Summit.

On Tuesday, Public Accounts Committee (Pac) of Parliament Chairperson Shadreck Namalomba urged Chakwera to cancel his trip, slated for Sunday, to the UK, saying it had no value for money and that Chakwera could better attend the meeting virtually.

However, Presidential Press Secretary Brian Banda said Chakwera had been invited to attend in person.

“On Monday, July 26, it will be clear to all and sundry the value of having the President and his entourage of nine individuals attend in person… The President assures all Malawians that he does not take decisions to travel in person lightly, nor does he do any trips for personal gain. Where an engagement can be done virtually without compromising the outcomes thereof, the President always does so, as attested to by the fact that, in the 12 months he has been in office, he has done over 50 international engagements virtually,” he said.

But Namalomba said it was the mandate of his committee to hold leaders to account on how they use public resources.

He said the committee had the responsibility to check whether leaders were using resources efficiently and for the intended purpose, whether there is value for money or not.

“It is in this light that we question this foreign trip by the President. If you can do it virtually, why going there physically?

“We are reminded of yet another incident concerning a minister in his government who also travelled abroad only to be alone in the conference hall while everyone was in their home countries attending the meeting virtually,” Namalomba said. 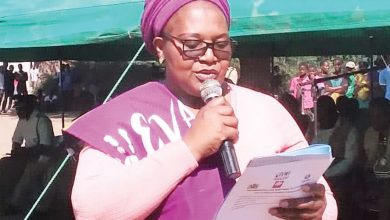