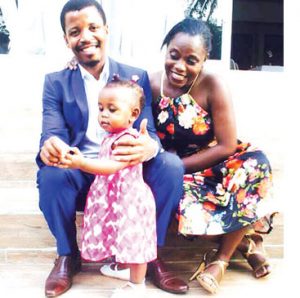 In the past, many babies grew up wearing washable wrappers but, of late, young mothers prefer disposable nappies, mostly because they reduce the amount of laundry they have to clean. The negative environmental and health effects of disposables are the subject of debates worldwide, especially because they are largely non-biodegradable. A young innovator, CECIL JUMA, has developed a machine, made from locally-found materials, that breaks down disposable nappies to ashes. He speaks to GRACE THIPA in this interview. Excerpts:

You have invented a machine that helps to dispose diapers. Tell us what the innovation is all about

Yes I invented a machine and named it “Used Baby Diapers Electric Oven”. It is an equipment that is used to dry and burn used baby diapers into ashes. The used diapers are dried by the heat source introduced into the oven by the heat emitting element. The emitted heat is controlled and efficiently utilised by ensuring that there is almost zero percent heat loss to the surrounding. This is achieved by using cheap, locally and easily found insulating materials.

What was the inspiration?

A number of things forced me to come up with this design, among them; used diapers pose a health risk, used diapers are dumped on roadsides, they are very common in our low-income townships, the use of paraffin to burn the diapers is not effective. It is even more difficult to burn them during the rainy season. That is why I developed this innovation to make it easier to dispose diapers.

You won an award for the same innovation. Can you tell us what the award was all about and why you were awarded?

Yes, the project won the category of the Most Creative project in the 2017 Malawi Innovators Design Competition, powered by The Polytechnic Design Studio and Rice 360 Degrees Institute for Global Health. The judging panel comprised academic experts from different universities

After developing this machine, what is your next step?

Plans are there to establish an organisation that will apply engineering principles to ensure safe destruction and management of solid waste in the country’s residential townships, erect incinerators and disposable diapers collecting points, conduct sensitisation tour in the residential township communities to effectively use the collecting points.

Many small and medium entrepreneurs lack access to finance to develop an innovation like yours to the level that will impact this country. Have you found a financier?

You are right, innovations in our nation are hardly developed due to lack of finance. This is the case as innovators in our country lack necessary tools, for example, marketing skills, to sell their ideas to the right people. Another point on this; many innovations I have seen in our country are just prototypes. To move from this stage [prototype] to product stage requires expensive, comprehensive research on the materials to be used, product production procedure or process, and many other factors.

Finally I would like to urge our nation to introduce more idea incubation centres, and I would like also to thank The Polytechnic Design Studio and other stakeholders that supported the 2017 Malawi innovators Design Competition. Such forums are required to help people think outside the box when it comes to technology.