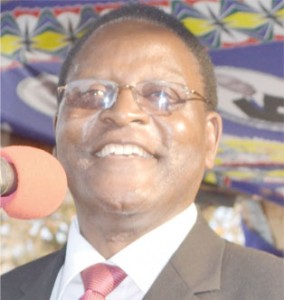 Eighty one Members of Parliament were Tuesday afternoon absent in Parliament.

This was noted after there was a motion in the House on which MPs were to make a decision through voting.

The motion was on whether government should continue with its business or not after the opposition’s plea for a debate on a report on fees increment and abolition of Junior Certificate of Education delivered in the House by Minister of Education Emmanuel Fabiano.

According to the results of the vote, 56 MPs, mostly from government benches voted in support of the motion, while 52 were against continuation of government business.

However, when announcing the results, Deputy Speaker, Clement Chiwaya, announced that 81 MPs were absent. Only two abstained.

Currently, the House has 192 MPs with only one vacant seat (Zomba Chisi).

Leader of the House, Francis Kasaila later said it was government’s expectation that the MPs will be attending Parliament sittings.

“Those MPs were elected by their constituents. I believe the constituents are able to follow what the MPs are doing,” Kasaila said.

On his part, Chakwera said: “We have spoken with whips with regard to these things and make sure that everyone is attending sittings. I know that one or two or three people had to be out of the House because of the things they were attending to.”

He added: “There will be those who will always have valid reasons. In general, we do not excuse Members of Parliament who should be there but they are not there. This trend must change. Not just because you will have a vote at a certain time but it is important for us to represent the people we represent all the time.”

The Pope's five big issues as he visits Africa this week