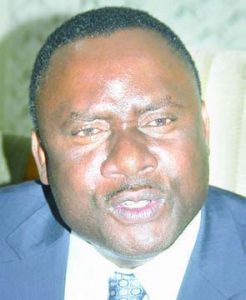 Confusion characterised the Alliance for Democracy (Aford) Tuesday during the party’s convention in Lilongwe with the two warring factions accusing each other of bringing to the conference fake delegates.

The party is split into the factions, one led by incumbent president Enock Chihana and another one by his challenger, Frank Mwenifumbo.

Police had to work extra time controlling the delegates from both camps as night fell at the convention venue, Don Bosco Youth Centre in Lilongwe.

At one time, party Secretary General, Christopher Ritchie had to be whisked away from an angry mob that wanted to pounce on him over a delegate from Karonga.

Chihana accused Mwenifumbo of bringing strangers to the convention while Mwenifumbo said Chihana brought delegates that do not appear in the party records.

Chihana alleged that Mwenifumbo had Democratic Progressive Party supporters in his fold.

“This is not the DPP. This is Aford and I am ready to open the convention for people to vote for the candidate of their choice but we cannot allow people from other parties to vote,” Chihana said.

The Aford president was scheduled to open the convention at 9 o’clock in the morning but the two sides went into the night deadlocked and still arguing.

During the Nec meeting, which had 34 out of 56 members excluding Ritchie who did not attend for what he called security reasons, agreed to have a list of delegates from both sides for vetting.

But Ritchie refused to release the list he was keeping despite several reminders from the Chairperson of the convention organising committee Tanilani Chipeta.

Chihana and Mwenifumbo have been at daggers drawn for a year now. The situation worsened when Mwenifumbo declared that he would challenge Chihana at the convention.

On Sunday, Chihana obtained a court order to stop a convention Mwenifumbo had organised in Lilongwe, describing it as illegitimate.

Yesterday’s meeting was organised by the Chihana camp. As we went to press, last night, the two factions were still disagreeing on the way forward.