A young man once travelled to Nsanje District in search of a root that was reputed to possess medicinal properties.

The man was looking for the root not because he had a health problem and wanted a cure. He was a vendor and wanted the root for resell.

The vendor was looking for a root of a perennial climbing herb called Colombo, which is found in south eastern Africa, including Nsanje District in Malawi.

The plant produces thick fleshly yellow roots and hairy stems and leaves. The root is called Thabalaba in Nsanje, Njoka in Yao and Calumba Root in other areas.

At a glance Thabalaba, or Jateorhiza palmate the scientific name, looks like any other tuberous root and can easily be mistaken for cassava with its brownish colour.

But Thabalaba, which in Nsanje is found in the Matandwe Forest Reserve, is no ordinary root: It has monetary value as it is used in the manufacture of different medicines.

With such uses, it is not surprising that Thabalaba is attracting vendors from distant places to Senior Group Village Headman Mwanda’s area, Traditional Authority Malemia in Nsanje to buy the root tuber.

But most of the vendors are cheats who capitalise on the locals’ ignorance about the importance and real value of the root to offer low prices.

The sellers have now teamed up and through a local grouping called Mwanda Thabalaba, want to put a stop to the unscrupulous buyers’ thieving practices.

Mwanda Thabalala Group is a communal forest management and user group established in 2012 under the Shire River Basin Management Programme, within the Mwanda Forest co-management block.

The 40-member group comprises 25 women and 15 men who partially earn their livelihood extracting the Colombo root in the Matandwe Forest Reserve, covering 26,381 hectares.

The coming of the Shire Valley Transformation Project (SVTP) with the introduction of Access and Benefit Sharing (ABS) regulations has given the group hope of benefiting from the generic resource.

The SVTP is a project that will irrigate 43,370 hectares of land by abstracting water from the Shire River at Kapichira Dam and conveying it by gravity to irrigable areas in Chikwawa and Nsanje using canals.

The SVTP has a $5.5 million funding from the Global Environmental Facility (GEF) to ensure that all impacts on environment and wildlife are mitigated at all stages of the project’s implementation.

The ABS regulations ensure that communities that own generic resources benefit from their utilization and are protected from unscrupulous buyers.

At the moment, Mwanda Thabalaba Group is the only community in the country currently piloting ABS Protocols. Malawi is party to the Nagoya Protocol on ABS.

Through the ABS Protocol, government through the Environmental Affairs Department (EAD) is ensuring that there is fair and equitable sharing of benefits arising from the utilisation of generic resources.

The challenges include illegal access of biological resources, unequal sharing of benefits arising from use, loss of export revenue and unsustainable harvesting of resources.

Colombo roots are found on alluvial soils along either rivers or streams, and under or between rocks at low altitudes. The root tubers are processed into slices and dried. Vendors buy the dried slices.

The root has a bitter taste and is said to be useful for treating fever, diarrhea, rheumatism, and for relieving vomiting and nausea, among other uses.

Khelesi Eliya, Mwanda Thabalaba Group chairperson said that people had nothing to show for their hard work because of the exploitative low prices vendors offered.

“A vendor would come and fill a three-ton pickup after buying the root at K20 or even K10 per Kg. We are told they make a fortune when they sell the root to Europe,” Eliya said.

The vendors resell Colombo roots to exporters at either K600 or K1,000 per Kg, according to John Banda, the District Environmental Officer for Nsanje.

Malawi exported 30,000 Kg of Colombo roots in the 2019- 2020 financial year, according to the 2020 Malawi’s Annual Economic Report. The Colombo roots are processed into pharmaceuticals abroad.

“The Environmental Affairs Department through the Shire Valley Transformation Programme has put up ABS regulations which we did not have in the past,” Banda said.

He said the EAD was also facilitating community protocol guidelines that would guide the community and other stakeholders in the extraction of generic resources up to exportation.

“The SVTP through GEF has provided resources that have enabled both guidelines to be produced though in draft form. Locals had ideas, but had no resources,” Banda said.

“The aim is to sustainably manage natural resources and improve community livelihoods. This way, irrigation farming in the Lower Shire Valley will be sustained, increasing food productivity”.

Banda said the Mwanda Thabalaba Group was formed on a pilot basis and that in future, more groups would be established in other areas of the district.

The group also has a nursery aimed at domesticating the Thabalaba root.

“We want to domesticate the root at community level so that it can be grown at household level to ease pressure on the Matandwe Forest Reserve,” Banda said.

Members of Mwanda Thabalaba Group received training from SVTP through GEF. During the training, the group learned how it could utilize the Colombo root in a sustainable manner, among other things.

Eliya expressed joy that government had come up with interventions to protect people from dishonest Colombo root buyers, and to ensure sustainable use of natural resources in Matandwe Forest Reserve.

“We were at the mercy of vendors. We thank government for intervening when we complained against prices vendors were offering. Imagine some of them insisted on buying at K10 per Kg,” she said.

While the Colombo root is known for its medicinal remedies, locals have discovered another secret use for it–as an aphrodisiac.

Although there is no scientific proof to back their claim, the locals are adamant that Thabalaba enhances a man’s potency, as one female member of Mwanda Thabalala Group testified.

“When your husband has taken Thabalaba, you have to brace yourself the entire night,” one woman said as the group members walked in single file from collecting the root in the forest reserve.

The married mother of six, who asked not to be named, added: “It’s not a joke. He never tires.”

And when this writer asked Eliya to confirm if Thabalaba makes men to be more potent, the 50-year-old chairperson expressed surprise someone had let him in on the secret, before she smiled. 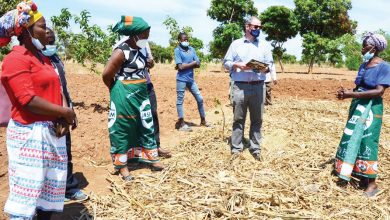