Malawi’s Auction Holdings Limited Group has awarded its best performing employees in the ending year 2015 with prizes as a way of motivating its staff to work hard.

Employees from all the subsidiaries of the holding company, among them AHL Commodities Exchange, Auction, AHL Chemicals and Steel Limited, Agriculture Trading Company, Malawi Leaf and others were all eligible for the awards.

The top most performing employee went away with a fridge and a fully funded holiday with a spouse to Cape Town in South Africa while others won plasma television sets.

AHL Group chief executive officer, Evans Matabwa said the awards were in line with the company’s culture of recognising outstanding employees at the end of every year.

He said the performance of employees was key to the company’s growth.

“We should all aim to improve our performances by doing better than we’re doing now because there is always room for improvement for each one of us. That is the only way we can make our company achieve more than it is doing now,” he said.

AHL Group has over 5,000 employees across all its subsidiaries, making it not only one of the largest employers in the private sector but also one of the top players in the country’s economy. 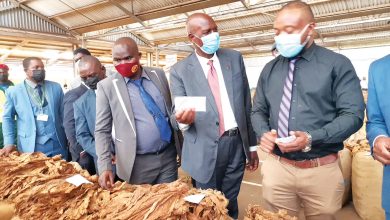