Airtel Malawi and Netball Association of Malawi have rescheduled Airtel Money regional netball finals which were supposed to take place this weekend in order to accommodate teams from Likoma Island.

The finals will now be played next weekend on May 15 and 16.

The development will allow Khaiko Sisters and Escom Tigresses of Likoma Island to participate in a major national tournament for the first time.

For the past 30 years, no team from the Island has taken part in a tournament at regional level.

Teams from the Island ended up being disqualified at regional level for coming to the games in Mzuzu late due to their complicated travel arrangement by the Malawi Shipping Services.

Their only reliable means of transport to the mainland The MV Ilala, leaves Likoma Island from Monkey Bay in Mangochi on Saturday evening for Nkhata- Bay and it arrives at the jetty in the morning hours of Sunday .

This means that the islanders would have missed the opening and qualifying games that start on Saturday morning before the final is played on Sunday afternoon.

Airtel Malawi Sales and Marketing Manager, Masiye Mazaza, confirmed on the cancelling of the games.

He said the idea was to accommodate Likoma Island teams if the goal of developing netball in the country was to be achieved.

Mazaza, in an interview on Tuesday said credit must go to Nam for being considerate.

Nam general secretary, Carol Bapu, said they felt bad to leave the Islanders out of the regional gathering, hence in consultation with sponsors they decided to cancel the games countrywide to give room for the Likoma teams to join the tournament.

Khaiko Sisters’ captain Janet Chinthiti thanked the sponsors and Nam for the consideration.

Chinthiti said other sponsors left them in the cold. 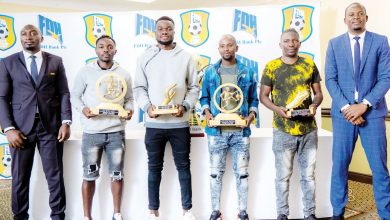