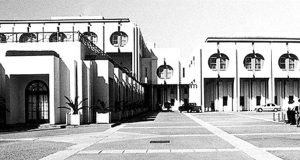 Seven years ago, I had a good and honest chat with one leader of the then vibrant civil society organisation (CSO). That was the time former president Bingu wa Mutharika was busy giving Malawians a lesson on how to live in hell.

That time, of course, it was a risky adventure being in the CSO as one was easy target of the brutal party jingoists who rained terror on the country. But it was also, ironically, easy for CSO leaders to make a name and a good killing. All they needed was to say anything bad about Bingu.

The CSO leader I am talking about openly told me that, since quitting his modest job in the government, he had landed on a goldmine in the civil society. According to him, all there was to do was a good proposal and some noise in the media; the rest was a plush life.

When Bingu fell in April 2012, the CSO leader-friend quickly became Amayi Joyce Banda’s boy and was given some good job somewhere in government. A once-upon-a-time valiant and ferocious critic turned into a praise-singer who saw all good in government. He even became so converted that he could get angry on behalf of Banda. He had found a job, anyway.

What I learnt is that it is pretty naïve for us to believe civil society leaders are incorruptible and cannot be sellouts. Those of us who have been around for some time can easily come up with a list of bogus activists who have even gone far to support government’s inanity and even promote blatant corruption.

There is a club of crooked men and women whose only way to survive is to present themselves as defenders of people, yet all they need is to join government’s gravy train.

It is not surprising, therefore, that some CSO leaders sneaked to State House to meet president Peter Mutharika on an agenda that only them know. Of course, it is not wrong to have a meeting with the President. Journalists, chiefs, members of Parliament (MPs), business captains and others have met the President before. What is, however, wrong is when the agenda is malicious and suspicious for the country.

Last time, some MPs were invited to the comfy State House, Malawians became victims of one of the saddest betrayals when the MPs were arm-twisted to frustrate the electoral reforms amendment bills.

Meetings with the President or whoever at State House have always been suspicious, especially when you are dealing with a grouping of people who have mastered the art of bribery, deception and misdirection.

We cannot, of course, rush at the conclusion that something sinister happened at State House. But what I can confidently say is that not all those who come to us masquerading as fighters for our rights are indeed what they claim to be.

It only becomes sad when some people put too much trust in fellow mortals who can be easily swayed by some crispy banknotes.

The other day, I told some friends that if one wants to live happily and survive in this country, he or she must resign to the fact that what we are as a nation is what someone put it “a corrupt and crooked enterprise”.

Of course, I know of a few good men who are really passionate about this country and have put their lives in harm’s way all for the country they call home. These are really patriots who seethe with rage at corruption, impunity and bad governance. All said, what we really need to know is that this is for all us.