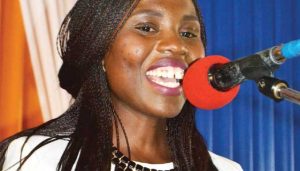 All is set for the first phase of the presidential debate scheduled for Bingu International Convention Centre in Lilongwe on Friday, Presidential Debate Taskforce Chairperson, Teresa Ndanga, has said.

“These leaders are yet to hand over the signed agreements regarding their conduct at the debate. The agreements, among others, are that their supporters will not incite violence as there would be people of different political views,” she said.

A few weeks ago, DPP issued a statement indicating that Mutharika and his running mate Everton Chimulirenji would not attend the presidential and running mate debates, but Ndanga said her team has engaged the governing party’s leaders to participate in the event.

The second half of the presidential candidates’ debate would involve John Chisi of Umodzi Party, Peter Kuwani of Mbakuwaku Movement for development, Cassim Chilumpha of Tikonze Movement and Reverend Kaliya, an independent candidate.

Another debate that will involve all the presidential candidates will follow later. A debate modelled on the same concept took place in 2014.