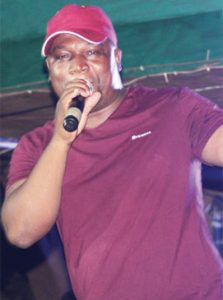 The group has been representing the country at the World Youth Day, but it is the first time for them to perform in Panama.

The World Youth Day is organised by the Catholic Church.

Alleluya Band over the weekend performed at Andiamo Ground in Balaka at a free show where they shared the stage with several acts.

Dubbed National Music Festival, the show was part of a farewell for Alleluya Band.

“We are leaving on January 15 (Tuesday) for Panama. Pray for us,” the band leader Paul Subili, wrote on his Facebook page.

Former band leader, Coss Chiwalo, said they are excited to perform at the World Youth Day and that every year it is a different story for them in terms of performances.

“We are ready to minister the word of God through music. Every year for us is different and we are happy to represent Malawi and Africa,” Chiwalo said.

According to information on the Andiamo Trust’s website, the group is set to hold three shows in Panama.

The band was selected to perform at the event after being successful out of more than 400 proposals.

Maimed gateway to the future