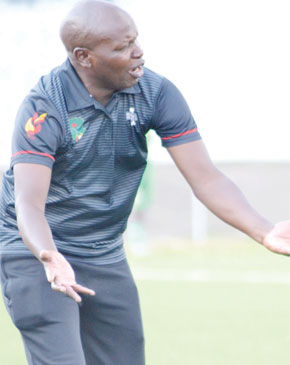 Malawi national football team flew out of the country Friday for the 2019 Cosafa Cup slated to kick off today in Durban, South Africa.

The Flames begin their Group B campaign against Seychelles Sunday at King Zwelithini Stadium before facing Namibia at the same venue two days later.

Malawi will wrap up the campaign with a tie against Mozambique on Thursday.

Flames interim Coach, Meke Mwase, said they were going to the tournament to compete.

“Our aim is to go beyond the group stages. We have a hardworking crop of players and we are hopeful of getting good results this year,” Mwase said.

This will be Mwase’s test in the regional competition at senior level having exited the African Nations Championship on away goals rule after a 1-1 draw against eSwatini.

“I have faith in the players Mwase has selected for the tournament. These are players who have been together for some time and the majority of them went to Belgium for training with the under-23 side.

“So, I believe we can do better this year. In addition to this, most of the players in the squad are enjoying game time and good form at their respective clubs,” Kafwafwa said.

Mwase has kept faith in 20 players including five foreign-based stars.

These are John Banda, Richard Mbulu and Chawanangwa Kaonga, who ply their trade in Mozambique and South Africa-based Gabadihno Mhango and Gerald Phiri Junior.

But defender and Captain John Lanjesi has been ruled out of the tournament due to a hamstring injury he sustained during training on Wednesday.

A local coach, Thom Mkolongo, said he was confident that Malawi would do well this year.

“We have blended experience and young talent, so we might pull a surprise this year. The majority of our players are good enough and we should give them the benefit of doubt,” Mkolongo said.

The Flames have struggled at the regional showpiece for two consecutive years having exited in the preliminary rounds. Since the competition was introduced in 1997, the Flames have never won it despite reaching the finals twice in 2002 and 2003 under the tutelage of Danish mentor, Kim Splidsboel

Inclusive education that excludes others