The May 21 Tripartite Elections are within sniffing distance and as presidential candidates were busy with presentation of nomination papers to the Malawi Electoral Commission (Mec) at Comesa Hall in Blantyre, the air had, to a large extent, been saturated with talk about some parties banding together with a view of fielding one presidential candidate.

It had been a very interesting week. What started out as mere rumour-mongering over the possibility of an People’s Movement between Joyce Banda’s People’s Party (PP), Saulos Chilima’s UTM and Tikonze Alliance (which has the likes of Cassim Chilumpha and Mark Katsonga Phiri through parties such as People’s Progressive Movement and Assembly for Democracy and Development and Alliance for Democracy (Aford) would soon prove to be true as a picture emerged and went viral on social media, depicting the mentioned leaders and other officials standing side by side, which was more or less like a sign that a deal had been reached and soon would be inked.

A statement would soon follow, putting to rest all speculation and confirming people’s sentiments that an alliance agreement had been reached, with Chilima the likely torchbearer and yet to unveil his running mate.

But the script would quickly be flipped, because Banda would soon be strolling through the corridors of Comesa Hall to present her nomination papers, with Jerry Jana in tow as her chosen running mate. With that, Banda had just hammered the last nail on the coffin bearing the alliance that lasted a mere three days.

Come Wednesday February 6 2019, Chilima too would be undertaking a similar exercise of handing his nomination credentials to Mec Chairperson Justice Jane Ansah, with the alliance dream completely evaporated into thin air.

Of course, other members of Tikonze People’s Movement and Aford have stayed put in the alliance.

It is not surprising when general elections are about to take place to hear talks of possible mergers between two or more political parties, or better yet, political leaders toying with the idea of a grand alliance.

There was a time an arrangement of this nature paid tangible dividends for Malawi and this was back in 2004 and, to an extent, in the early 1990s when Malawians were agitating for change from one party rule to a multiparty system of government and, even then, it was not all the way to the ballot.

Indeed, there was a calibre of brave politicians that pushed the change movement from the underground and because of this spirit of oneness, a lot of political parties emerged on the local scene in the likes of Chakufwa Chihana’s Aford and the Bakili Muluzi-led United Democratic Front. Other eminent sons and daughters of the soil such as Kanyama Chiume, Tim Mangwazu, Amunandife Mkumba, Kamlepo Kalua, Eda Chitalo and Catherine Chipembere, to mention but a few, were equally vigilant in pressing for the change Malawians were looking for.

Though I was only ten years old in 1993 when the winds of change were blowing, I could still follow what was happening through the media and the campaigns that were being mounted by those spearheading the cause.

Much as this breed of politicians enjoyed and displayed such a rare spirit of camaraderie, the bond was not strong enough to see most of them endorse one presidential candidate to represent them on the ballot paper. Perhaps it was a case of being excited at the thought of Malawi having now embraced multiparty democracy that everyone wanted to have a go at running for the highest office just to believe that change had indeed set in. Thus, the alliance ended pretty much at the underground level, totally obscured from the limelight.

Come May 2004, Mgwirizano Coalition would emerge on the scene, with Gwanda Chakuamba approved by those in that alliance to be on the ballot paper as their presidential candidate.

But it would be an Alliance of UDF and Aford, through their torchbearer back then Bingu wa Mutharika, that would triumph during the polls. Thus, a success story to do with an electoral alliance had been recorded in the presidential race and Bingu would laugh all the way to State House.

Now let us re-focus on our modern-day attempt of an alliance by UTM, PP and others and, perhaps, we might just discover why the cookie crumbled before it could be enjoyed.

Much as parties involved have kept a tide lid on why the move did not last, it is obvious that greed was the dominant factor, as they had already started bargaining positions before handing in nomination papers and, somehow, they failed to agree on who should partner Chilima at the ballot.

Here were two former vice-presidents and a serving one who have had a taste of power (one even went all the way to the presidency by default) and would not want to grab the wrong end of the stick in as far as sharing the spoils is concerned. That, to me, was the reason why this alliance ended before it even started. 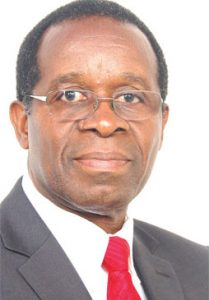 Banda had spent a lot of time in the United States after she lost the 2014 presidential race and many people believe her party missed a chance to gain mileage due to her absence. However, she wasted little time in galvanising her charges upon return and the failed alliance, though short-lived, somehow helped propel Banda to quickly crawl back among the list of candidates to watch out during the May 21 elections. The big question after the nomination papers exercise is: has she retired from being too old to run for office, as she told the world, in light of the botched alliance?

Chilima has done well since divorcing governing Democratic Progressive Party in that his UTM has, within the short period of its existence, managed to set up structures at grassroots level and endeared itself to the public thus the failed alliance would have been an icing on the cake for the growing political entity. But then, others feel the failed alliance somehow diluted the aura that UTM had brought on the political scene.

As for Chilumpha, Katsonga and the rest, talk about the failed coalition managed to pull them out from the political abyss and time will be the best judge if they can last the distance, if history is anything to go by.

So, in a nutshell, greed, in my view, was the major reason why the three-day political alliance crumbled.