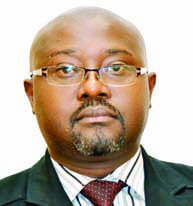 In an exclusive interview with Malawi News on Thursday, ACB Director General Reyneck Matemba said the decision to relaunch investigations has come about after the bureau was advised on the matter by two legal independent practitioners.

“After the investigations into the MPS/Pioneer Investment food rations case were concluded, as procedure demands, the file was referred to the Prosecutions and Legal Department.

“After analysing the facts and the evidence on file, two legal opinions were prepared, one by an officer working for the ACB and the other by an independent legal practitioner.

Both advised that additional investigative work needs to be done, and that’s exactly what the ACB is currently doing,” he said.

Based on that undertaking, Pioneer Investments borrowed almost K1 billion from CDH to finance the supply of ration packs.

Again, on July 16 2015, Bottoman and Karim made an additional undertaking to CDH that the MPS would remit over K2.1 billion to the bank, as a guarantee for Karim to borrow a similar amount from the bank. Bottoman made both guarantees to Karim before the contract was awarded on August 4 2015, contrary to Malawi’s procurement laws.Only the Minister of Finance has powers to make such undertakings.

Karim claimed that the depreciation of the Malawi kwacha against the United States dollar was the reason for the price adjustment. Meanwhile, ACB established that between August 4 and 6 2015, the kwacha had only depreciated by about two percent not the 20 percent Karim claimed.

When he was paid for the contract on April 12 2016, the following day, Karim issued a cheque of K145 million into a DPP Standard Bank account whose sole signatory is President Peter Mutharika.

From January to October 2016, K65 million was withdrawn from this account which the party used to purchase a house from Blantyre City Council. The house, which was meant for the city’s mayor, is DPP’s Southern Region office.

Following the leakage, there was mounting pressure from the public and some civil society organisations (CSOs) for Mutharika to resign and calls for his impeachment over allegations that he was implicated in the procurement scandal.

The CSOs also demanded that DPP should return the money to Malawians.

Amid the calls for the party to return the money, DPP said they would not return the money arguing they received it as donation before making a U-turn and returned the K145 million to Karim.

The initial leaked report recommended that Bottoman and Karim be prosecuted for allegedly defrauding the Malawi government of K466,000,000

It also recommended that Bottoman and Karim be prosecuted for acquiring proceeds of crime totalling K1.4 billion. The two are also to be charged for forging and uttering false documents, contrary to Section 356 as read with Section 360 of the Penal Code.

In July, the European Union (EU) and the United States (US) in Malawi said they expected ACB to pursue investigations on the matter without any interference.

Gerrmann and Palmer also called for the immediate enactment of the Political Parties Act, which was passed last December, and full implementation of improvements to the Public Procurement and Disposal of Assets Act passed in June 2017.

Political Parties Act, among other things, obliges political parties to disclose their sources of income

Palmer said: “This is a matter for the Anti-Corruption Bureau to investigate…Freedom from corruption is essential for Malawi to achieve its development goals and the goals of prosperity and security which the United States supports.”

Some Malawians have always accused DPP of rampant corruption but Mutharika has been denying it and instead encouraged Malawians to report such acts to ACB.