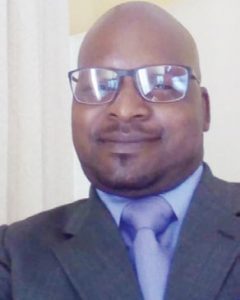 The Association of Persons with Albinism in Malawi (Apam) in collaboration with local and international partners is set to hold the first ever Mr and Miss Albinism beauty pageant in September this year.

Spokesperson Peter Kanyenda confirmed the development Tuesday saying they were happy to bring the first ever Mr and Miss Albinism which will run together with a talent show to be held on September 7 2019 in Lilongwe.

“This will be Malawi’s first ever Mr and Miss Albinism but other countries such as Zimbabwe, Kenya and Guinea have hosted the event in their countries,” Kanyenda said.

He said the event will be annual.

A statement The Daily Times has seen says the beauty pageant and talent show will run under the theme ‘We Are Just Like You’.

Apam says the event is part of a series of awareness programmes they have lined up looking at the attacks and killing of people living with albinism in the country.

The organisation says the country has recorded 146 attacks targeting persons with albinism, bringing the risk of existential extinction and severe trauma to victims and their families alike.

“Persons with albinism remain the target of serious human rights violations that include merciless killings, tomb exhumations, abductions, and deadly stigma and discrimination in Malawi and beyond,” reads the statement.

Apam says the event, therefore, aims at demystifying the condition of persons with albinism and affirm their inherent dignity while challenging myths, misconceptions and negative beliefs associated with albinism.

“The contest is not just a pageant, but a way to raise awareness and inclusion for people who albinism is still profoundly misunderstood in our communities,” Kanyenda said.

“Persons with albinism will, through participating in this event, showcase their hidden talents and gain personal recognition and development, self-confidence, inter-personal and intrapersonal communication skills, stress management skills, personal grooming skills and exposure and above all, advocacy skills.”

He, however, said the event as a standalone initiative is inadequate to meet the needs of persons with albinism hence the need to expand the scope of activities to include, human rights training and livelihoods in building resilience and sustainability of the initiative beyond the event day.

Apam has appealed for support towards the event from well-wishers, corporate world and other partners to successfully hold the event this year but also sustain it.

The announcement of the event follows the commemoration of the World Albinism Awareness Day that was also part of sensitising the masses on persons with albinism.

Activist Boniface Massah, who is also a person with albinism, said on Saturday persons with albinism have a right to live and that they have different talents that can help in the development of the country.

He said this at Orchid Garden in Lilongwe following the premiere of musician Lazarus Chigwandali’s documentary.

Lazarus, who is also a person with albinism, has defied all odds to utilise his musical talent.

The musician, who is set to release his album Stomp on the Devil, has been performing in the streets until he was noticed and now he has had chances to perform in top platforms such as Lake of Stars Festival.