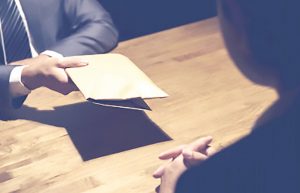 South Africa made embarrassing headlines when it was discovered that their then leader, Jacob Zuma, was operating legs astride to let the manipulative Gupta family play with what is between the nation’s legs and let them drag him and the country to wherever they wanted at their fancy.

Luckily, South Africans are not as docile as we are here at home. South Africa—I have always said—is my typical example of democratic rectitude and they do not canonise demi-gods like we do here. Zuma, after surviving several attempts to be ousted, somehow, found himself at the helm until his proverbial nine lives expired.

When you look at the progress of South Africa and Zuma’s sins, compared to what we have here at home, you can easily tell that Zuma might as well be a celebrated leader in Malawi. Of course, it was not his acumen that lifted South Africa: he was just an African National Congress poster. But South Africans know what they want and they do not compromise on standards. That is why they tenaciously endured the fight against apartheid to reclaim a country which was stolen from them by the so-called “Boers”.

South Africans want what they have to be theirs other than allowing themselves to be slaves or appendages of some sorts. Just like every man who believes in the oneness of the universe, I abhor the diabolic xenophobic attacks which South Africans occasionally rain of foreigners. I actually get double angry when the targets of these are my countrymen.

But when you sink deep into the reasons, you will notice that those attacks— were they in 2014?—were a manifestation of and an outage of reticent anger repressed in the civility of accommodation. What the South Africans wanted was to enjoy the fruits of a country their forefathers died for or what they fought for to be theirs.

Here at home, we do not have national pride. Patriotism has actually lost its meaning and it is only conveniently used by greedy politicians to defend their territory.

When you talk about the blatant corruption which has become the hallmark of our regimes, past and present, someone will tell you that all you see is bad about the nation and that you do not love the country, you are not a patriot, and want to chase away donors. We call them development partners, of course, just to make ourselves look smart.

But are we not a stinking corrupt nation that has leaders who are busy stealing the last dime that is left in our coffers? Our president and his lieutenants will get mad at this but what is true is that we are a damn thieving nation that has thrown away even the last feather of our morality and we do not care about it.

What is most depressing is that we have auctioned our country—assuming we have any—to some crooked foreigners who know that we are so inane such that we are allowing them to do everything they want even if it means raking billions from some dubious payouts.

Are we not a laughing stock and a joke that we allow people—especially Asians— who are non-entities where they come from to lord over us and cartoon our leaders by involving them in dubious deals?

Are we not players in a drab comedy such that we should be known by all and sundry that we are a nation captured by some crooked businessmen who find us to vulnerable such that they can demand whatever they want from us.

Dear Malawians, are we that sleepy such that we cannot tell that we are being taken for crowns while some foreigners are looting from us why we are dosing in daylight? Are we that sleepy?