Some artists have differed with suggestions by Keturah’s former manager Pemphero Mphande, who implied that the ‘Local Girl’, as Keturah is known, is the only one poised to become Malawi’s next big artist on the international stage.

On Monday, December 13, music lovers got the surprise of their lives when they learned that Keturah and social media influencer Mphande had ended their professional relationship as artist and manager, respectively.

The two started working together in March this year.

In a Facebook post, Keturah said: “Ladies and gentlemen, on this day, the 13th of December, 2021, I am officially announcing to you the end of my musical journey with Mr Pemphero Mphande who happened to be my manager since the month of March till today.

“Mr Mphande and I have come to a mutual agreement to end our long-lasting connection musically, in which Mr Pemphero acted as my manager for a period of nine months. To Mr Pemphero Mphande, I say thank you for your benevolence and sacrifice you rendered unto me in the shortest period of time I spent with you.

“Be as short as it could, the time I spent with you as my manager was the brightest of my career as it yielded good fruit that will forever be seen even by the shortest man on the planet,” she said.

She hailed Mphande for picking her up in the morning of her career.

Mphande, on his part, indicated thus: “I would like to inform you all that, effective today, December 13th, I have stepped down as Miss Keturah’s manager. When I met with Keturah in March this year, I made a pledge to freely volunteer my time and resources to work with her because I saw unimaginable talent that was not managed.

“I asked to step down as her manager so that I can focus on my work at my organisation, my company and also other work I do for different brands I work for. We have both found it to be a better decision. Over the last few months, we have achieved so many things, most of which are firsts for Keturah’s music and brand. We have built a strong music brand that, beyond selling the music and creating its visibility, has attracted corporate appeal and brand ambassadorship deals. I believe I leave her in a better position today than she was nine months ago when I first met her.”

Ironically, Mphande, while saying he wants to concentrate on work at his organisation and company, hints at continuing to serve as manager for yet another artist, veteran musician Giddes Chalamanda. 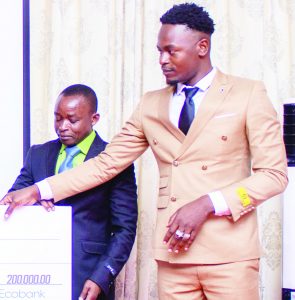 “…beyond volunteering my time for Mr Chalamanda as a manager presently, hopefully in future I can also work with other artists whose music I may find appealing if my time allows,” he indicates.

However, one of Mphande’s statements, to the effect that, “In my experience, when I look at the current crop of musicians, Keturah is the only one I see going international” has not gone down well with some musicians.

Hazel Mak, one of the country’s female artists, has not hidden her displeasure with Mphande on the issue, saying Malawi has a number of artists that can make it big on the international stage.

“Guys, when it comes to Malawian artists, the notion that there can only be one international act to come out of Malawi is ridiculous. There is so much space and talent for our music to cross over and be heard. Creativity is meant to be enjoyed and experienced [and] it’s not competition,” Hazel Mak said. 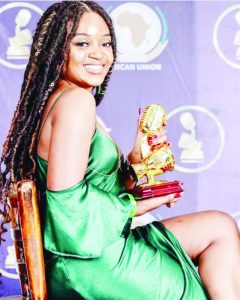 Salima-based hip-hop artist Gigi B said Mphande’s sentiments were demeaning to other artists in Malawi.

“There are many good artists in Malawi. Some are into hip-hop, reggae, R&B, among other genres. No single person can be a master of all genres. Therefore, Pemphero Mphande is wrong to claim that he sees one artist making it big on the international stage,” he said.

As at now, artists such as Patience Namadingo are making headlines in countries such as Zambia, where he, on November 27 last month, pulled a huge audience at a live concert in Lusaka.

Tay Grin has also been making in-roads, winning Channel O and other awards after collaborating with foreign acts from Nigeria and other countries.

Blasto is another Malawian artist who has been making inroads at the international level.

The label was tasked to distribute Blasto’s music in a deal facilitated by Gino XXL Entertainment from Amsterdam, the Netherlands, which linked with Tuff Gong International.

Online news outlet www.urbancraftmagazine. co.ja described the move as a first for Malawi.

“Blasto becomes the first reggae dancehall deejay from Malawi in Africa to accomplish such a mark. He is reaching out to the market in the Caribbean with this deal and also the reggae and dancehall market world-wide,’ reads the article, titled ‘Blasto new EP keeping fighting spirit’.

Blasto said collaborating with international artists serves him in a positive way, citing the opportunity to reach out to new music markets and connect with a new fan base.

“Every musician has his or her market and fans. When you do collaborations with someone, you are ensuring that your music is embedded in that person’s market and their fans are likely to love you as well. In this case, collaborating with international artists has helped me get international recognition.

“Of course, collaborations with African artists and the submission of my songs to Tuff Gong in Kingston, Jamaica, signifies growth. My music will never cease to mesmerise music fans,” he said, adding that, apart from the music, Tuff Gong is also selling his merchandise, in form of T-shirts, across the world.

Even the Nigeria-born Lyrics Lisasi, also known as 9ja Pikin, was ecstatic at the time.

“It was a great opportunity to work with Blasto and, from the possibility of realities, I have learnt his music tricks. It was not easy to work together but, in the process, three African countries have benefitted from the collabo,” he said.

The artist, who was once based in Cape Town, South Africa, is known for tracks such as ‘Despirado’ and ‘Sula Chini’.

Lisasi is signed by Jazz Records Africa and has shared the global stage with artists such as DMX and Ashanti.

In Africa, he has collaborated with Rhumba heavyweight Awilo Longomba, Black Gold, Zambia’s B’flow, Ruff Kidz, among other artists.

In 2015, Blasto featured Jamaican female conscious reggae dancehall artist, Karamantii, who is based in Kingston Town.

The country is, clearly, not short of talent that can make it big internationally. 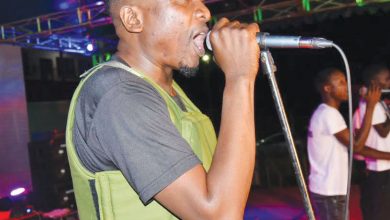