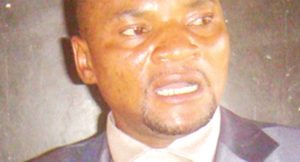 The Office of the Director of Public Officers’ Declarations has written President Peter Mutharika to dismiss Minister of Civic Education and Culture, Grace Chiumia, over her failure to comply with assets law.

Chiumia, who is Member of Parliament (MP) for Nkhatabay West, is one of six MPs who have defaulted in the declaration of their assets for the year ending June 2017.

The MPs are said to have contravened requirements of Section 14(3)(a) of the Public Officers (Declaration of Assets, Liabilities, and Business Interests) Act of 2013, having failed to submit their 2016/17 Financial Year Annual Declaration update to the Director of Public Officers’ Declarations.

The Daily Times has seen a letter by Assets Director, Christopher Tukula, to Speaker of Parliament, Richard Msowoya, asking Parliament to follow procedures of declaring seats of all defaulting MPs vacant.

It says the declarations were due for submissions between July 1 and 30.

“You may wish to note, your honour, that the honorable members’ non-compliance with the above quoted provision comes despite several pieces of advice on their legal obligations and reminders, and personal contacts [phone calls]. It is also worth noting that the matter was already reported to the Monitoring Committee of Parliament..,” reads the latter to Msowoya.

It adds: “It is against this background that pursuant to Section 18(1) of the Public Officers (Declaration of Assets, Liabilities, and Business Interests) Act of 2013 as read with Section 63 (1)(e) of the constitution of the Republic of Malawi, I write to seek the services and platform of your honour’s good office to invoke the above said provisions by declaring the parliamentary seats held by the above named honourable members of the National Assembly vacant, with immediate effect subject to the fulfilment of the necessary parliamentary procedures.”

In an interview, Tukula confirmed having written letters to both Mutharika and Msowoya on the issue.

“We have one Cabinet minister who is a defaulter and six members of Parliament who are defaulters. We have written the Speaker of Parliament recommending sanctions. Under the law, the recommended sanction for failure to submit declarations is dismissal from public service.

“For the Cabinet minister, because the appointing authority is the president, we have also written the president recommending the sanction of dismissal from Cabinet,” Tukula said.

He said he had written all public institutions to act on all people who have failed to declare their assets for the 2016/2017.