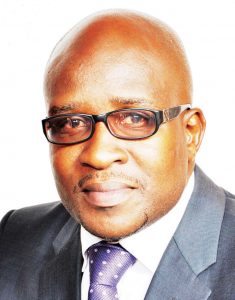 Office of the Director of Public Officers’ Declarations (Odpod) office has asked for patience among Malawians in the wake of concerns that the office is contributing little to the fight against corruption among public officers.

Odpod says the implementation of asset declaration is a tool for improving corruption fight in the country as it would check decision-makers in public offices.

Speaking during a training workshop in Mzuzu with National Initiative for Civic Education (Nice) officers from the Northern Region, Assets Director, Christopher Tukula, said asset declaration is a long-term process which needs stakeholders’ engagement in order to be effective.

“We are managing asset declaration sanction based on an Act of Parliament and they give us a lot of sanctions; receiving declarations, verifying them and sanctioning people. It is like judging a three-year-old baby for not cultivating a field; the baby needs to grow up, learn before cultivating the field.

He said the directorate has collaborated with Nice in civic educating people on asset declaration at district level.

Nice Programmes Manager, Gray Kalindekafe, said they would ensure that Malawians get acquinted with the asset declaration law.

“Our mandate is to civic-educate people on issues that affect Malawians so as to promote good governance and democracy. Public asset declaration falls within the arm of the governance of transparency and accountability. Our partnership will enable the masses to be aware of it,” Kalindekafe said.

Since the Asset Declaration law came into force in June 2014, 12,000 public officers have declared their assets, liabilities and business interests.

29 people with disability in race