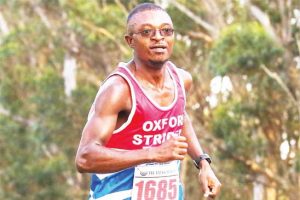 Chiwaya was the only Malawian in the marathon which stretched from Bisho Stadium to Orient Pools in East London, Cape Town.

Hosted by Border Athletics Club, the race was split into categories for 68, 21.1, 10 and five kilometres.

“I have just returned from injury and this marathon helped me to analyse my performance. I am getting better. I competed with minimal pain. I was hoping to finish the race in five hours 20 minutes, so as to earn seeding/ batch A for Comrades Marathon, but it was not to be,” said Chiwaya, who is originally from Thyolo District.

Malawi has few athletes such as Jimmy Bonjesi (South Africa) and Catherine Chikwakwa- Chunda (the United Kingdom outside the country).

Zimbabwean Mike Fokoroni won the men’s championship in 4:08 to pocket K2.5 million (R50,000) whereas Kenyan Jennifer Koech claimed the women’s section gold in 4:57:09 to receive a similar amount of money.

Prizes were given to top 10 ladies and men also in age category.