Malawi, just like many other countries across the globe, faces an uphill task to meet the food and nutrition requirements of its growing population by 2050.

The United Nations’ Food and Agriculture Organisation (FAO) estimates that the world population will reach nine billion by 2050, from just over 7 billion today, while climate change increases uncertainty.

FAO says nearly all of this growth is forecast to take place in developing countries. Among the latter group, sub-Saharan Africa’s population, where Malawi belongs, would grow the fastest by over 114 percent and East and Southeast Asia’s will be the slowest by over 13 percent.

With droughts, erratic rains and other weather conditions threatening to reduce crop yields in some of the world’s largest grain-producing regions, the question on the minds of most government leaders and agriculture experts now is: Will the governments be able to feed their ever-growing population by 2050?

Speaking ahead of one of the recent World Food Day commemorations, Gordon.

Conway – a professor of international development at Imperial College London, director of Agriculture for Impact, and former president of the Rockefeller Foundation – said ensuring a food supply that can meet the world’s future needs will require an increased focus on four areas.

“First, we need to focus on innovation. Agriculture will need to meet the nutritional needs of a growing population using the same amount of land and the same amount of water used today, while also relying less on chemical pesticides and fertilizers. Doing that will require investing in research, increasing sustainable intensification of agriculture, and creating access to new technologies and processes that are effective, environmentally friendly, and equitable,” Conway said.

Secondly, the development professor said improving markets and market access for smallholder farmers is vital for lifting poor farmers out of poverty and increasing productivity.

Conway challenged the governments to create countrywide networks of markets and village-level agro-dealers, selling seeds for example, can better connect growers with the markets that need their crops while also improving the farmers’ access to supplies and information.

With funding from United States Agency for International Development (USAID), a consortium of four local non- State actors (NSAs) is working with smallholder farmers in of Lilongwe, Mchinji, Mangochi, Balaka, Machinga, Dowa and Ntchisi to increase agricultural production and productivity, access to markets and agricultural financing, and achieve increased policy environment for commercialization and natural resource governance in Malawi.

The NSAs include Farmers Union of Malawi Fum, Center for Environmental Policy and Advocacy, Civil Society Agriculture Network (Cisanet) and the Malawi Confederation of Chambers of Commerce and Industry.

“Apart from collaborating with the Ministry of Agriculture to support provision of extension services, the project is also promoting Farmer-Led extension service delivery by identifying and capacitating Lead Farmers who are training follower farmers in various tenets of Good Agricultural Practices,” he said.

He said that the project is already working on facilitating strategic business linkages between the scheme and off-takers. This is in line with the second objective of the project.

Domasi Irrigation Scheme is one of the schemes the consortium is working with to achieve its goal of inclusive and sustainable agricultural-led economic growth through agricultural transformation in Malawi.

The scheme’s chairperson Anderson Chapita said smallholder rice farmers face a number of production and marketing constraints, such as limited access to services, including effective extension and rural credit, which are crucial pre-conditions for upgrading commodity value chains.

Chapita emphasised that successful agriculture sectors require strong political leadership in the government, which can revitalise the agricultural sector by investing in agriculture research and farmer education, and by introducing incentives that have helped to boost yields and improve rural incomes.

“That’s why we have been appealing to our government and Fum to consider facilitating contract farming, which could help us access better markets for our crops and guarantee us adequate supply of raw materials to agro-based industries. Currently, we are selling our yield to vendors who usually offer uncompetitive prices,” he said. 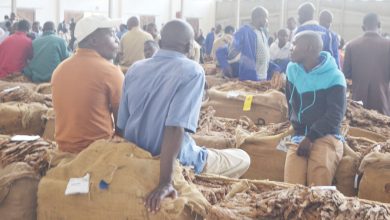