Blantyre Arts Festival (Baf) started on a low note on Friday with performances from students from different primary and secondary schools before gaining ground on Saturday at Blantyre Cultural Centre (BCC).

Despite still lacking in depth and in need of improvements to occupy its space as was the case in the past, the festival still made a statement that it exists.

There was no carnival this year but the festival—which ended yesterday with performances from acts such as Ethel Kamwendo Banda and Black Missionaries— gave a chance to students to showcase their talent in among other activities, poetry, drama, dance and traditional dances.

Some of the schools that showcased their talents included CI Primary, Rose Garden and Chichiri Primary.

Baf has scored marks in giving a platform to students.

Minister of Civic Education, Culture and Community Development Grace Chiumia, who officially opened the festival, toured BCC earlier but did not take time to watch the performances of the schools.

Having collaborated with the country’s musicians Patience Namadingo and Princess Chitsulo in Hannover in June, Makatumbe once again starred with Chitsulo, who dished out the song ‘Sakhala Chete’.

The performance forced Chiumia, Mayor of Blantyre City Wild Ndipo and City of Hannover Mayor Thomas Hermann to join the artists on stage.

Hermann and other delegates from Germany are in the country to celebrate the Blantyre-Hannover cities twinning.

The two cities this year are having a 50th anniversary.

Makatumbe later took it all alone with Chitsulo moving out.

They earned great support from the audience when they performed Ben Mankhamba’s song ‘Cassava’.

Having performed at Chingalire Rural Growth Centre in Lilongwe on Wednesday which is driven by Mankhamba, who is Village Headman Chingalire, Makatumbe seems to have played a fast one to master the lyrics of Mankhamba’s song.

And by public demand, Makatumbe performed the song ‘Cassava’ again before offering their other songs.

During the official opening, Baf decorated Silvia Hesse for her tremendous work with Friends Circle Malawi in keeping the partnership between Hannover and Blantyre vibrant.

Hesse, through Friends Circle Malawi, has created a path which in 2010 saw musicians Giddes Chalamanda, Agorosso and Mankhamba travel to Germany for performances.

“I am speechless for this award. It has come as a surprise,” Hesse said.

Baf Executive Director Thom Chibambo said, despite facing the challenge of inadequate funds, they were happy with the 2018 festival.

“We have worked hard with little resources. We will keep going because our aim is to raise the status of the creative industry but also develop skills. We are also thankful to all the partners such as Hivos,” Chibambo said.

On Saturday, the festival failed to attract a big audience in the afternoon where people saw performances from Nkhokwe Arts, YDC Theatre, Aware and Fair team, Patrick Chimbewa and Young Travellers Theatre, among others. 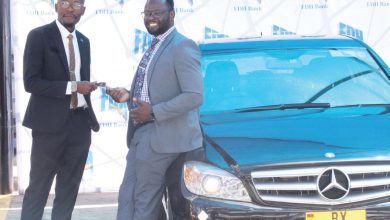 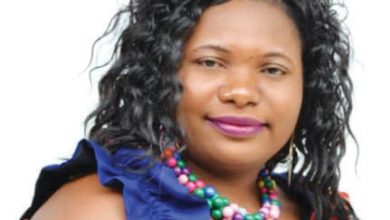