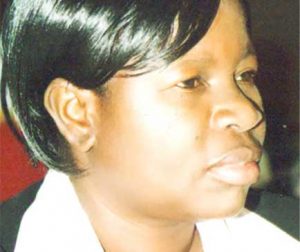 The Magistrate’s Court in Blantyre is today expected to rule whether to grant bail or not to three businesspersons who attempted to give a 10 Million Kwacha bribe to an employee of the Malawi Revenue Authority (MRA).

On Tuesday, March 12, the court had denied bail to the three suspects and it is expected to give its determination today after considering arguments from the prosecution and defence teams.

A statement issued by Anti Corruption Bureau Senior Public Relations Officer Egrita Ndala shows that Yuosef Nassour and his two accomplices, Kashif Gilbert and Abbas Nasser were arrested on 7th March after dangling the 10 Million Kwacha bribe to the MRA officer, so that he could make a case file on tax evasion against Yousef Nassour and other accomplices disappear.

They are said to have travelled all the way from Lilongwe to Blantyre to meet up with the MRA Officer on the day, but the tax authority had already alerted the Malawi Police Service whose officers immediately arrested the three suspects when they had produced the 10 Million Kwacha bribe.

According to the MRA, the three had initially been rounded up on 29 January this year and are appearing before the Chief Resident Magistrate Court in Lilongwe on charges of unlawful dealing with goods still subject to customs control, as spelt out in the Customs & Excise Act.

This made the tax collector to lose over 373 Million Kwacha in customs duty and other taxes.