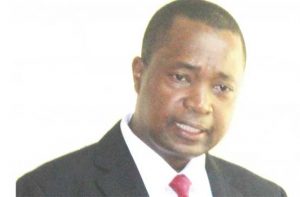 Commercial banks in the country are yet to lower their base lending rates, a week after the Reserve Bank of Malawi (RBM) affected a policy rate cut.

Borrowers from commercial banks and other micro finance institutions expected to heave a sigh of relief following the slash in the policy rate — a key driver of interest rates on loans — last week.

At the end of the second Monetary Policy Committee (MPC) meeting on Friday, MPC Chairperson and RBM Governor, Dalitso Kabambe, announced the policy rate slash by 100 basis points from 14.5 to 13.5 percent.

The move should help in making more credit available and cheaper to firms and households.

But, as we went to press, most commercial banks were yet to publish statements effecting changes in their lending rates.

But the delay by financial institutions to reciprocate has left some business operators clueless on when they would start reaping the most of the central bank’s decision.

“Probably, they are working on it. But our expectation was that commercial banks and other microfinance institutions would quickly reduce their interest rates,” Mwale said.

In a recent interview, Economics Association of Malawi President, Chikumbutso Kalilombe, said, while the policy rate cut was expected, such is meaningful when it results in affordability of credit.

The Friday policy rate cut was second in five months.

In January, RBM also announced to have cut the indicative cost of money by 1.5 percentage points from 16 percent to 14.5 percent.

RBM, however, this time around maintained the Lombard rate at 0.4 percentage points above the policy rate, the Liquidity Reserve Requirement (LRR) on local currency deposits at 5 percent and the LRR on foreign currency at 3.75 percent.

Flames to bank on attack

Ticking bomb that are illegal settlements