In Malawi, just like in many other countries on the African continent, attempting suicide is punishable by law under Section 299 of the Penal Code of the Laws of Malawi and attracts a maximum jail sentence of two years.

Hence when High Court Judge Bruno Kalemba quashed an 18-month sentence meted out on 41-year-old Yakilina Chinsepo for attempted suicide in August this year, little did we know that the decision would ignite calls to have the law repealed. Those championing the calls believe this would allow suicide survivors get medical support than jail sentence.

The sentence was reviewed on the premise of the argument that evidence has shown that the deterrent effect of the law is not working and, if anything, the fear of the law is fueling suicide cases.

“I don’t think it was the intention of the lawmakers that a person should be criminalised or labeled as a criminal for being desperate or in search of a solution to the problems being faced. At that moment, the suicide survivor doesn’t deserve punishment but rather psychological support to take away the suicidal thoughts in the mind,” Lilongwe Chief Resident Magistrate Madalitso Chimwaza said.

The High Court in its ruling set aside the sentence and immediately released Chinsepo, a father of four children, who had been in custody since May 11, 2022 to go for psychological counseling.

Following the development, the Centre for Human Rights Education Advice and Assistance (Chreaa) in partnership with the Southern Africa Litigation Centre (Salc) joined forces to advocate for decriminilisation of the attempted suicide law.

To kick start the initiative, the two organisations on October 31 this year convened a virtual meeting under the theme “Mental health is not a crime” which pulled together magistrates, health experts, lawyers, students and civil society representatives drawn from various districts.

Data from the World Health Organisation (WHO) shows that one billion people are living with mental illnesses and that one person dies every 40 seconds by committing suicide.

A Malawi Police Service record for October alone this year shows that the country has lost 58 people due to suicide.

Out of the figure, 55 were men while three were women. The figure has increased as compared to the same month last year when 44 committed suicide, 41 were men and two were women.

Psychologist professor Chiwoza Bandawe said criminalising suicide keeps desperate people away from seeking much-needed help, adding that those with suicidal thoughts do not want to die but to be relieved from the pain.

In his presentation titled ‘The Psychological Impact of Suicide Attempts’ Bandawe said among others, the law continues to marginalise and stigmatise people with mental health issues, which is not the case with those suffering from other diseases like malaria or HIV and Aids as they are neither arrested nor jailed as a deterrent measure.

“The threat of punishment keeps those with mental health problems in the shadows. This is one reason why 90% of those in Africa who need mental health treatment do not get it. Suicide attempts are often cries for help and that counseling is effective in addressing the reasons why people attempt suicide, including depression, conflicts, and breakups,” Chiwoza said.

Magistrate Chimwaza, on the other hand, through her presentation titled ‘Attempted Suicide Crime vs Mental Health: Malawi’s Best Approach’ feels judiciary officers are key players in the criminal justice system to help suicide survivors recover from their mental illness but without departing from the current law.

“The offence is still in the Penal Code and most likely the police will continue to enforce the law on attempted suicide. It is not our mandate to change the law; we leave it to the parliamentarians. But I do not think that there can be any better case where the court should exercise leniency than in a case where somebody was trying to take his or her life.

“Let us blend justice with mercy in these cases by among others considering granting them bail and making sure that one of the bail conditions is to facilitate psychosocial support. The court should take a proactive approach of recommending the offender to go for psychosocial counseling as a condition for suspension or discharge. We should therefore make use of other sentencing approaches especially provisions under sections 337, 339 and 340 of the Criminal Procedure and Evidence Code,” Chimwaza said.

“Our [Chreaa] partnership with Salc is to advocate for the decriminalisation of the offence of attempted suicide. We will therefore continue to engage various stakeholders including the police so that whenever they arrest suicide survivors they should allow them to also access mental health assistance,” Mhango said.

In October last year, the Malawi Human Rights Commission (MHRC) expressed worry over government’s failure to invest adequately in mental health claiming the country is seriously lagging behind in the provision of community-based psychosocial support services which is a backbone in promoting mental health.

MHRC had suggested the need to train adequate mental health personnel and make sure that mental health issues are given the priority through allocation of adequate financial resources.

Currently, the country has only four trained psychologists placed in the central hospitals and their services are said to be expensive, fetching as high as K20,000 per session.

Director of Mental Health Services in the Ministry of Health, Michael Udedi, said the Suicide Prevention Strategy development is currently at a consultative stage which will, among others help in awareness raising about mental health.

However, Udedi appealed to the citizenry to stop reporting in detail suicide deaths, arguing it fuels the malpractice.

He then disclosed the existence of the toll-free number 54747 which can be accessed from all networks to help people suffering from mental illnesses.

“The toll-free line offers 24-hour services and there is specialised personnel including mental health clinicians, mental nurses, psychiatrists, psychologists, psychosocial counselors, and psychotherapists that are ready to assist those in need of mental health. In addition, we have a good number of mental health specialists in the country’s central and district hospitals, while others trained in psychological first aid were deployed in health and communities to fight issues of depression,” Udedi said.

Cases of suicide have been on the rise in recent years. From January to August 2019 a total of 116 suicide cases were recorded while in 2020 in the same period, the number increased to 182. The upward spiral continues to grow further as between January and August this year, the country recorded 208 suicide cases. Out of these cases, over 80 percent are males with the leading cause being family disputes: financial; and relationship challenges.

In November last year, the Ministry of Health said the Mental Health Bill is with the Ministry of Justice and that it was scheduled to be tabled in the August House in February this year, which did not happen.

‘The Rising Voices’ of Malunga and Samilo 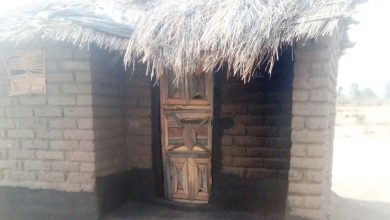