Organisers of the Urban Music People (UMP), who in September this year, said there will be no music awards, have announced that Ben Wandawanda will receive this year’s Fashion Icon Award.

This follows the organisers’ recent announcement that they would be holding the UMP Awards 2019 Blended Edition despite indicating that there will be no music awards this year.

The awards will be held at Crossroads Hotel in Blantyre on December 14.

A press statement from UMP, says Wandawanda, who is also a renowned actor having starred with theatre maestro Du Chisiza Jr, will be decorated with the award because of his impact on the fashion and style consciousness in the country this year.

The organisers said Wandawanda’s choice was a result of a consultative process, involving industry experts and stakeholders.

He said there were more announcements to be made ahead of the event in December.

“We have managed to add a few music categories to this year’s fashion awards—so yes, people should get ready for the blended edition of the UMP Awards,” Zizwa said.

Wandawanda said he was humbled with UMP’s gesture to decorate him with the award.

“I am chuffed, so to speak, especially knowing and accepting that fashion is not universal, but rather wide and diverse. That said, I am grateful for the recognition to the extent that if it doesn’t inspire some people to reflect on how they show up, then it provokes thought and conversation,” Wandawanda said.

He described his fashion style as unconventional, daring and laced with bright colours.

“It is also diverse and oftentimes pushes the envelope and almost invariably, I can tell a story about every outfit,” Wandawanda said.

On his take on the country’s fashion future, Wandawanda said there was progress with many established and up-and -coming fashion designers and graphic artists converting their art into fashion.

“There is just so much exciting stuff going on. I think we are going through a revolution in the industry in Malawi and the future is bright,” he said.

According to the details of the awards the fashion category includes Fashion Designer of the Year, Model of the Year, Best New Fashion and Most Fashionable Celebrity and Living Legend.

In the music category, the awards include Artist of the Year, Song of the Year and Music Video of the Year.

It is their time 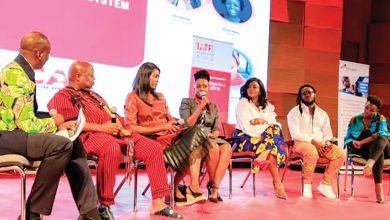