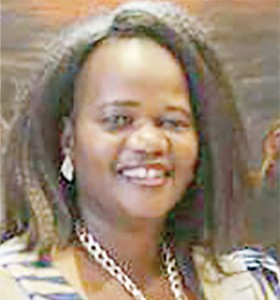 The Lilongwe-based singer, who has been in the limelight working with children exposing their musical talent, said on Thursday that the compilation is based on the requests made by her fans.

“I believe given that this copy of the Best Of Chimwemwe Mizaya has most of the songs that were most celebrated and so it will provide the need that is there,” she said.

Mizaya said apart from the solo music career that she is passionate about, the Lord has given her other responsibilities and that this is why she has not been able to fulfill the demands by fans.

She said that the Best of Chimwemwe Mizaya album is from her previous albums namely Ndiwerenge Mau, Lemekeza, Yamika Mulengi, Mpumulo, Ukulu Wanu as well as An Ode to my dad.

“I greatly appreciate contributions made by Studio K, Studio EJ, Sparrow and efforts made by several other people in adding value to the gift that the Lord has given to the body of Christ,” said Mizaya.

The songstress said she was thankful to the Lord for the gift of writing songs adding that she once received a letter of testimony from a man that her song changed him.

“I am mindful of a testimony by a guy who wrote me a letter some years back. He shared that he was about to commit suicide and as he was about to do it, he heard ‘Musamusiye Yesu’ on the radio and this was a turning point of his life,” said Mizaya.

She said such testimonies are the reason why today she is talking about The Best of Chimwemwe Mizaya.

She said she will continue to serve the Lord through music as long as she lives.

Mizaya said she has not tampered with the songs because people wanted to have the songs in their original form.

The musician last month posted the cover of the Best of Chimwemwe Mizaya on her Facebook page and she hinted that the album would be out soon.

“The album is now out and people can get hold of it,” she said.

Best of Chimwemwe Mizaya has 17 songs and they include ‘Musamusiye Yesu,’ which used to enjoy airplay on MBC TV in the past years.

Her musical journey dates back to the 1990s when she was part of the Amazing Grace Singers with Kanye-based singer Chrissie Kamthunzi, Francis Mijiga, Alice Magola, Ester Chawinga and Ruth Nyondo.

The singer, who went solo after the disbanding of the group, prides in being voted the Best Female Artist during Entertainers of the Year in 2000.