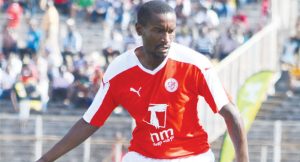 In a game preceded by a heavy down pour in Blantyre, Bullets were 2-0 up in the first eight minutes, courtesy of leading TNM Super League goalscorer Chiukepo Msowoya.

Bullets continued to attack and managed to get the third goal through winger MacFarlen Mgwira for the People’s Team to led 3-0 at half-time.

Chitipa came into second-half an improved side but did not have the cutting edge to reduce the arrears.

In the last 30 minutes of the match, Bullets benefited from the expertise of veteran Fisher Kondowe and dribbling wizard Mike Mkwate to put the match beyond Chitipa’s reach.

Pilirani Zonda and Bright Munthali netted in succession to dump the Simso Northern Region Football Association League leaders out of the competition.

Chitipa Coach Robert Mziza blamed the loss on his team’s loss of concentration in the early minutes.

“My players lost concentration, especially in the early minutes of the game. But we have done well to leave the stage in the last eight of the competition,” Mziza said.

“We learnt our lessons from previous games that if you do not score in the first 15 minutes, you struggle to get goals. So we did the job in the early minutes to weaken our opponents,” Chilapondwa said.

Football Association of Malawi officials took advantage of the match to conduct the competition’s semifinal draw at half-time.