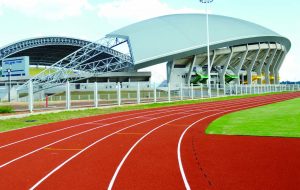 Bingu National Stadium (BNS) management has declined Karonga United’s request to train at the Lilongwe venue from today ahead of their Airtel Top 8 final match against Silver Strikers on Saturday.

BNS stand-in spokesperson, MacMillan Mwale, Tuesday said they had advised Karonga to train elsewhere in the capital city so as to avoid bringing unnecessary attention.

“Allowing them to train here would attract unnecessary tension and attention; so we, as per rules, will allow both teams to train on Friday morning and afternoon. This has always brought unnecessary problems because of beliefs that are associated with local football,” Mwale said.

He assured that electricity and water were up and running at the facility, which is proving costly for the government to run due to lack of income-generating activities.

Earlier, Karonga Chairperson, Alufeyo Chipanga, said they wanted to train at BNS from Wednesday to Friday.

“We have never played at Bingu Stadium so we want the boys to get used to the pitch. We are on a mission to make history that Karonga were the first Northern Region side to win Airtel Top 8,” Chipanga said.

“I want to assure all the Northerners that, come Saturday at 4:30pm, Airtel Malawi Limited will send K15 million through Airtel money to Karonga United because we will do everything possible to win the cup.”

Organisers, Football Association of Malawi Competitions and Media Director, Gomezgani Zakazaka, said they had advised BNS management against allowing teams to train at the facility before Friday so as to pave the way for pitch maintenance.

Silver Coach, Lovemore Fazili, said they were not underrating Karonga.

“Playing against teams like Karonga is always difficult because these teams are unpredictable but we have returned to training to rectify our problems. We don’t have serious injuries and suspensions. We are hopeful that, by Friday, we would be in good shape to face Karonga,” Fazili said.

Karonga reached the final after beating Mzuni 5-4 on post-match penalties while Silver knocked out Masters Security 1-0, thanks to Micheal Tete’s first half strike.

Ndingo Brothers in the studio