The country’s biggest sports facility Bingu National Stadium (BNS) is expected to re-open to the public next month with renovation works scheduled to end by end of this month.

The stadium’s manager Ambilike Mwaungulu said he was optimistic that the facility would be ready for test matches after completion of renovation works.

“It is still work in progress but we hope, in three weeks’ time, we will complete working on the main and upper stadium pitches,” Mwaungulu said.

According to Mwaungulu, completion of the works had delayed due to funding challenges.

He said the facility requires an estimated K4 million to be fully in shape to host international matches.

BNS has been earmarked to host upcoming World Cup qualifiers during the September, October and November Fifa windows.

This comes after Confederation of African Football and world football governing body Fifa condemned Kamuzu Stadium as being unfit to host international matches.

The two bodies recently punished Football Association of Malawi (Fam) with a $6,000 (about K4.8 million) fine for hosting Uganda at the stadium in an Africa Cup of Nations qualifier in March.

Fam Compliance Manager Casper Jangale said it was up to the government to ensure that BNS is ready for the World Cup qualifiers.

“It is up to BNS management to ensure that the facility is ready when Caf writes us to provide reports for the status of our stadia,” Jangale said.

The Chinese-built stadium has not hosted any football match for over a year and was turned into a camp hospital for Covid patients early this year when cases peaked.

The 2022 Qatar World Cup qualifiers for Africa were postponed to ensure that all member associations have stadiums fit to host international matches.

This followed the banning of stadia in about 10 African countries because of their poor state.

The countries risk seeing their national teams playing home matches away from home if they do not improve the stadia.

One of the conditions that Caf set was that the field of play must be green, smooth, leveled and in perfect condition for a top-level football match. 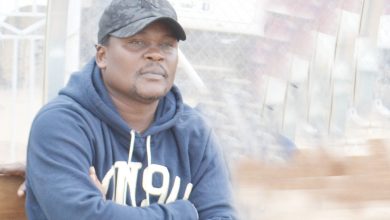