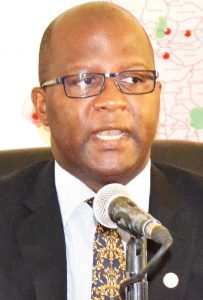 Minister of Energy, Atupele Muluzi, has said blackouts would come to a complete end by 2025. He said the government is deploying effort to ensure that number of people with access to electricity in the country increases from the current 11 percent to 30 percent by 2030.

Muluzi was speaking yesterday in Rumphi District after switching on Thazima powerline. Among other things, Muluzi said completion of Tedzani Four Hydro Power Station which will add addition 35 megawatts to the national grid will help ease pressure on electricity consumption.

“By end of this year, we are expecting an addition power from solar energy plant in Nkhotakota which will give us 45 megawatts. We also expect JCN which is operating in Salima-Golomoti to give us addition 60 megawatts. If not for Covid-19 we should have already switched it on.

“We are also expecting to benefit from the Malawi-Zambia interconnection deal in the next one year which we shall get 40 megawatts,” he said. The switching on of the Thazima powerline is under the Malawi Rural Electrification Programme (Marep) 9 which mainly targets rural areas.  he programme extends the electricity grid to rural dwellers that pay a subsidized fee to connect electricity to their business premises and houses.

Available data from phase 4 to phase 8 show that there are more than 1,000 sites which have benefited across the country.

Thazima is one of the 35 areas that has benefited from the rural electrification programme and according to Member of Parliament for Rumphi West, Yona Mkandawire, the initiative will spur economic growth. Approximately, over 60,000 households and public institutions that have been electrified through Marep.

Malawi has the lowest rate of access to electricity in the Southern Africa Development Community.