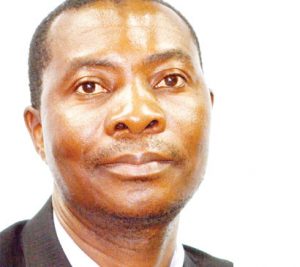 Crowd pullers Nyasa Big Bullets and Be Forward Wanderers have proved beyond doubt that they are kings of local football after their September 1 at Kamuzu Stadium in Blantyre registered the highest number of predictions under TNM’s Zampira promotion.

Records at TNM indicate that there were 40,281 entries for the big match with 8,124 correct predictions.

According to TNM Head of Marketing, Sobhuza Ngwenya, the entries are the highest ever in the history of the promotion.

Speaking during the fifth draw of the promotion, Ngwenya said the network provider recorded a big increase in the number of supporters participating in the fifth month of the soccer initiative.

“We have registered 106,398 entries in which 8,726 were correct predictions for the fifth month covering August and September. The biggest prediction to date was registered during the second-round match between the Blantyre giants Nyasa Big Bullets and Be Forward Wanderers. This is very encouraging to us,” Ngwenya said.

He said with the Super League in its second round, fans have a chance to win different prizes including motorbikes and the grand prize of K1.5 million cash during the second-half of the season.

“Football fans and our customers still stand a chance to win in this promotion. TNM will continue giving out cash and other prizes all the way up to the end of the season. So I encourage them to take advantage of the remaining games to increase their chances,” Ngwenya said.

He also announced that the fixtures involving TN Stars and Mzuni, as well as Silver Strikers and Civil Sporting Club, are the prediction games for this week.

During the monthly draw, Mulanje-based Wanderers fan, Julius Kwenda, won a motorbike after correctly predicting the game between Civil and TN Stars which ended 1-0 in favour of the former.

It started in April and runs up to the end of the season in December. In July this year, the promotion sent one football fan to the 2018 Fifa World Cup finals in Russia.

Dying across the border