The Monetary Policy Committee (MPC) of the Reserve Bank of Malawi (RBM) has said it sees domestic inflation remaining in double digits throughout 2022.

The development comes as pressure has been mounting on inflation since the start of the year, fueled by a sharp rise in non-food items driven by rising fuel prices.

Continued rising commodity prices have been pushing the headline inflation in the past months, a situation which has also been piling pressure on other key macroeconomic fundamentals.

In its latest Monetary Policy Report released on Thursday, MPC says the Russia-Ukraine war has amplified and broadened price pressures with the consequence that domestic inflation could be sustained in double-digits throughout 2022.

“Given such circumstances, it is apparent that, in order to achieve the same desperately needed economic growth, monetary policy should first address the prevailing price pressures and anchor inflation expectations,” the report reads.

During its Monetary Policy meeting late last month, the committee raised the policy rate by 200 basis points to 14 percent as one way of taming inflation.

The committee kept the Lombard rate at 0.2 percentage points above the policy rate and also maintained the Liquidity Reserve Requirement (LRR) ratio on both local currency and foreign currency deposits at 3.75 percent.

Earlier this month, Economic Association of Malawi Executive Director Frank Chikuta said it was important for authorities to put in place measures to put some breaks to the rising inflation.

Both food and non-food prices have been on an upward spiral in the country in the past year due to exogenous shocks including the disrupted global supply chains emanating from the Covid pandemic and Russia’s invasion Ukraine, among other things, coupled with domestic structural challenges.

The food component, largely influenced by maize— Malawi’s staple crop which has a huge weight at 45.2 percent in the Consumer Price Index—heavily impacts the country’s inflation.

On the non-food component, the March 2022 fuel price hike announced by the Malawi Energy Regulatory Authority piled pressure on headline inflation as the cost of other basic commodities and services including transportation have been rising. 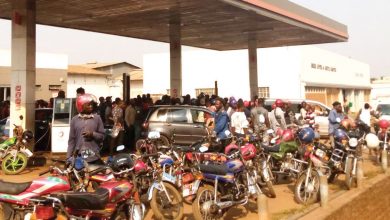