After failing to comprehensively figure out how mankind came to life and how the world was ably conceived, one other phenomenon mankind cannot figure out, that only the Most High knows, is the fact that every individual has the same human features but we all look different.

Take the face, for instance; we all ideally have a nose, eyes, mouth, forehead, ears and chin, but these features are harmonised in varying ways and make up individuals with different outer appearances. Some with oval faces, some with chubby cheeks, some with a high nose. Fact is we are human in our differences.

Another fact that is indisputable is that none of us had the liberty to choose what we want to look like before we were born. None of us had the privilege of sampling through the complexions available for human kind, the height of our choice, the body proportions of our liking and, most of all, the weight we would rather have.

The weight issue has become a rather sensitive and problematic issue for both men and women, young and old, rich or poor. The “issue” seems to be stemming from the fact that most people are sensitive about the amount of fat on their bodies, whether lack of it or excess of it. The “problem” is stemming from the tendency by individuals to carelessly point out this “issue” to other individuals.

“You are getting fat, you now look five years older” is something someone can say to another individual without even thinking twice. It is insensitive and unnecessary. What I don’t get is why most people think it is up to them to point out such things to every other person whenever it suits them.

Like I said, it is a fact that none of us had the liberty to choose what we want to look like and how much we wanted to weigh. Seconding this is the fact that none of us are perfect. As much as you would like to point out that someone should scrape off some fat from their bones, they can easily point out how your face needs a complete make-over.

The interesting thing with the weight issue is that regardless of how much you weigh, someone is going to find something to point out like it is great revelation to you that they are telling you how much you weigh.

“Do you eat?” is another funny comment people will throw just like to individuals they reckon should have more fat on their bodies for whatever reason.

Half the people I know are quite comfortable with their natural physical bestowments and, given a choice, they really wouldn’t trade them for the world, they have fallen in love with the way they are. It is only until someone comes in with unnecessary comments and questions that they end up self-conscious.

The other half, which is already conscious about their weight and desires an addition or reduction to it, does not appreciate someone coming in with unnecessary comments and pointing out something they already know. You find a total stranger questioning someone about their weight; it is quite perplexing come to think of it.

Frankly speaking, somebody’s weight is really one person’s issue or problem and that is the owner. You either take them as they are or let them be. Other people like friends and family only come in because they are close to the person and sentiments can be comfortably exchanged. Nonetheless, the weight issue is a sensitive issue.

It seems culture also plays a part in this weight issue. For those that idolize the western culture, slim is the way to go, slim means healthy and “sexy”. For those that idolize the African culture, fat or heavy is the way to go, it is healthy and “sexy” to have a lot of fat on your body. I find these notions quite shallow. I guess as they say, everything is a matter of perceptive.

My take that is weight issues are as sensitive and as personal as it gets. All of us have pluses and flaws, be it physical or otherwise, and there is absolutely no one on Planet Earth who likes their flaws rubbed in. It is even more nauseating when somebody comes in to negatively make somebody else self-conscience about something that is actually not a problem. People should not assume it is acceptable to make funny comments about other people’s weight.

I rest my case.

Gaps, opportunities in protecting the weak 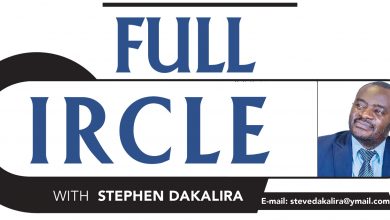 Proof of the pudding