Gospel artist Brenda Kadammanja, who announced her arrival on the gospel music scene with the album Patsogolo in 2015, has said all is set for the launch of her latest album, Nkhondoyo Yatha.

The artist, who said she started singing after taking heed of the biblical calling to “go ye to all corners of the world and preach the gospel”, said the noticeable aspect about the new album is that she has joined hands with several artists.

The Blantyre-based artist, who was born on July 21 1991 at Queen Elizabeth Central Hospital in Blantyre, comes from Dowa.

She is inspired by the music of Brenda Fassie and Zahara.

“I just love the music of these two artists, despite the fact that their songs may not be gospel songs,” Kadammanja said.

“I take music as a ministry and I know that it is my calling. Currently, I also work with Project Solutions. For your information, I studied for a bachelor of Business Management,” she said.

On challenges facing the industry, Kadammanja said piracy continues to eat through the gains made by artists.

“The main challenges are issues to do with piracy. This is one of the problems hindering progress of my music. As an up-and-coming artist, it is not easy because, most often, one starts from scratch for one’s music to reach out to people. Anyway, I thank God that the reception to my music has been good,” Kadammanja said. 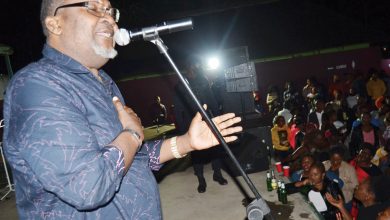