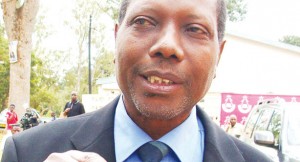 Local economic experts have said a decision on Brexit would not affect trade relations between Malawi and either the United Kingdom (UK) or the European Union (EU).

Chancellor College Economics Professor, Ben Kalua, said on Wednesday Malawi’s economic links with the EU are independent of the historical ties has with the UK.

“We belong to blocks. In fact, Malawi is among least developed countries. Our link with the EU under the World Trade Organisation (WTO) is autonomous to our link with the UK. Actually, the EU is our preferred trading partner in the sense that our sugar goes to the EU and not specifically to the UK,” Kalua said.

South Africa-based Trade Law Centre Executive Director, Trudi Hartzenberg, said in an email response that if the UK leaves the EU without a deal (no-deal Brexit) then the option will be to trade under WTO rules.

She added that this means that uncertainty and uncertainty is not good for investment or trade.

“In the meantime, there is no change to existing trade agreements and Malawi will continue to export to the EU and UK. However, once the UK is finally out of EU, Malawi can no longer use these agreement to trade with UK,” Zuka said.